"It's the first generation." I heard it over and over during Mobile World Congress whenever the topic of foldable smartphones inevitably arose. Everyone is talking about foldables (which yes, that's not a word, except now it is), and everyone has a take. They're the game-changing future our ever-expanding screens require. They're going to be huge with [insert demographic/region/niche here]. They're expensive now, but they won't always be. They're not going to be very good now, either, but just wait - this is only the first generation.

But it isn't - not exactly. Take a closer look at that image at the top of the post - do you recognize that foldable phone?

You probably don't, and it's probably because you haven't seen it in a long time, if you ever saw it at all. Flexible display demonstrations have been going on for quite some time: I saw this concept device from Lenovo almost three years ago. And guess what? Its display doesn't exactly look a whole lot less polished than what we've seen from Oppo, Royole, and Huawei this week. Lenovo's concept actually worked, too: their hybrid tablet phone could make phone calls (in theory) and split-screen apps and generally do all the stuff Huawei and Samsung are asking us to freak out over. Lenovo's concepts (there was also a flexible wrist phone) never evolved into fully developed products, but those design explorations were dead-on in terms of where the flexible concept was going in the minds of manufacturers.

Lenovo's concept wasn't ready for production in 2016, and it did have a pretty gnarly and obvious crease down the middle along the hinge. Except, so do Samsung, Huawei, and Oppo's foldable concepts. That's because they're all covered in some form of plastic, and plastic is a Very Bad Thing to make a smartphone screen out of. It scratches, it will almost certainly develop dimpling and creases (after all, Huawei and Samsung's show-ready demo units have them), and it just looks kinda gross. Make no mistake: these first plastic foldable phones will be bad - and cue "but this is the first generation." Which leads us to ask: What, then, is the second generation? The third? What will it fix? And that's where we get into much, much harder questions about foldables. 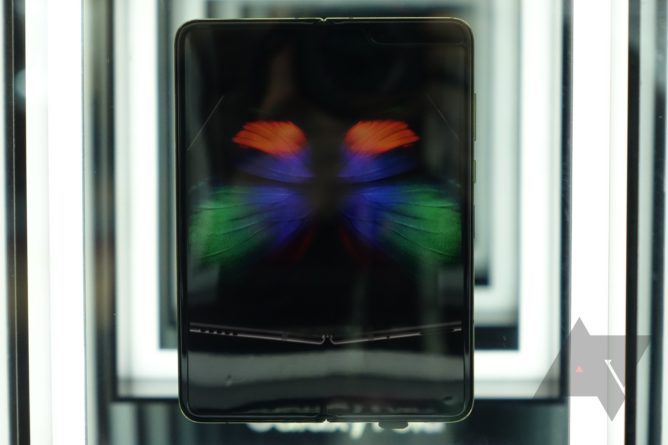 The white whale Samsung and every other manufacturer are all chasing is flexible glass. Corning says it's working on a version of its long-in-development flexible glass, and showed it off to CNET a few months ago. Corning hasn't shared any kind of product timeline for the as-yet unnamed glass, but has said it can bend repeatedly to a radius of 5mm - probably enough for a foldable phone. But major questions remain unanswered as to its durability and suitability for something that faces as much abuse as a smartphone, and MWC would have been the perfect time for Corning to address those concerns. But aside from the light description provided in that CNET interview, they've said nothing.

Materials science is tricky and highly proprietary stuff, of course, and Corning probably doesn't want to spill too much secret sauce before the product is ready. But it's not exactly confidence-inspiring that the world's premier maker of smartphone glass wasn't ready in time for the first generation of foldable phones.

The other issue, very obviously, is cost. These early foldable phones were always going to be expensive, and I think we all knew that (perhaps some of us hadn't expected they'd be quite that expensive). But the sheer complexity of them all but assures that any kind of flexible phone meant to replace your high-end smartphone will never be cheap (and probably quite a lot pricier), and manufacturers will not have an incentive to make them cheap unless there is competitive pressure to do so. Given how many more parts they use, the larger size of their displays and batteries, and likely how much more difficult they are to assemble, there's a litany of factors adding to their expense, some of which may not be substantially relieved for years.

Consumers are already grappling with the idea of a $1000 phone being worthwhile, and if $1500 becomes the "new" $1000 when foldables really arrive in force, I do wonder just how large the market for them will be on account of price alone. 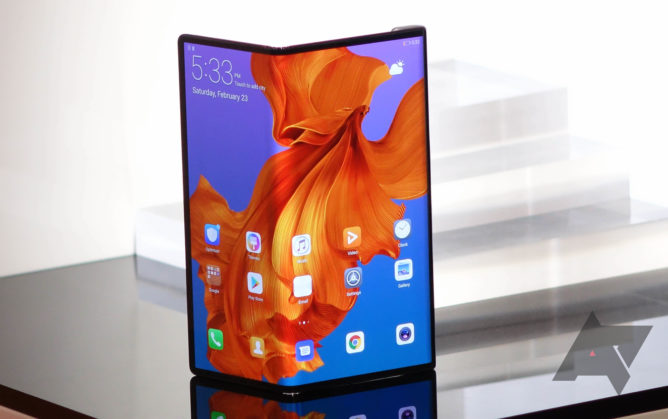 Finally, there's the entire issue of whether or not a significant number of people will even derive much benefit from these phones. Certainly, we can point to early "phablet" smartphones that were mocked for their at-the-time ridiculous size by tech pundits across the web - many of us thought no one could ever possibly want such a big mobile phone, even a smart one. And yet, here we are: phone manufacturers have become so obsessed in their quest to expand the size of their products' screens that the only way forward they see is to bend them.

Obviously, a 7 or 8-inch tablet is nicer for browsing the web, reading an eBook, or playing a game - you'll get no argument from me otherwise. But the number-one driver of screen size on smartphones to date has been video, and foldable phones don't really provide an advantage there. Unless we start shooting TV and movies at basically-square aspect ratios (which, oh god, please no), all that extra screen space just goes toward black bars. The counterpoint is that you're not losing anything, and sure, the experience won't be worse. "Not worse" isn't much of a sales pitch, though. 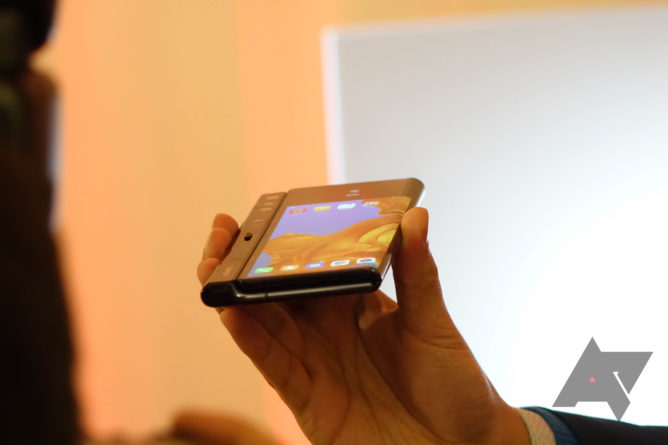 Many have also pointed to the software not being mature at the OS level for foldable devices, but this honestly seems like the smallest hurdle to me. Android's app scaling as of Nougat is generally reliable enough to go from a small screen to a bigger one without completely freaking most apps out - just look at Chromebooks. I think most of what people are worrying about here actually comes down to how the launcher behaves, and I do not think that's a complex, OS-level issue. Manufacturers will write their own launchers, and there's no need for Google to get involved there. Some app developers might create proper transition modes for unfolding, but knowing Android app developers, I'm kidding: none of them will do this. Google will write a generic solution in Android Rhubarb or Strudel or whatever and it'll be fine and not the worst and we'll all find the next thing Android Developers Need To Do But Won't and move on. I really think the software bugbear is overblown, and that the UX questions posed by foldables aren't really all that novel or even very interesting. Many apps will look silly and dumb on a big 7" kind-of-square tablet, but the ones that actually make use of that space like browsers, maps, eBook readers, and games won't, and they're all that really matter because they're why you want that larger screen in the first place.

Taken altogether, there are obviously a lot of reasons to stay out of the first generation of foldable phones - and quite possible the second, too, if that whole flexible glass thing doesn't work out. Whether the category will stick is an open question: Samsung clearly has invested heavily in the idea, and that typically means we can expect a multi-generation commitment. But if foldable phones can't surmount their initial and quite substantial shortcomings within a few years, the dazzle will fade, and consumers will probably walk away. 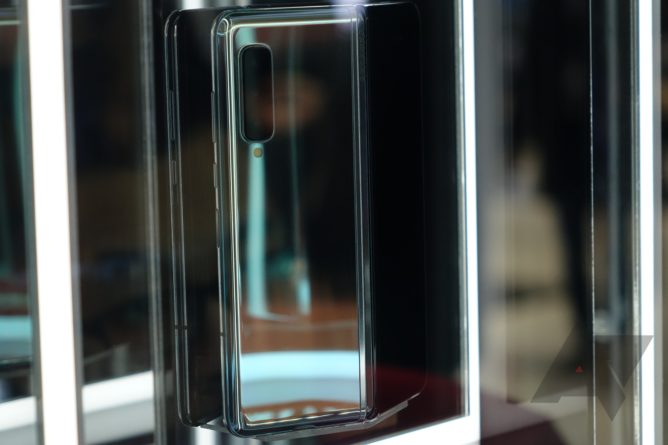