Last week, I had a chance to spend some time with LG's upcoming high-end smartphone, the G8. In recent years, the G series lineup has seemed a bit technically short-changed compared to its rivals from Samsung, and even LG's own V series of ultra-high-end smartphones. 2019 may be the year that's finally a little less true.

While the G8 isn't a barn-burner of a smartphone, it does stand up on paper to the competition fairly well (barring price - which LG hasn't given us). Gone are the compromised LCD displays of yesteryear, now replaced with one of LG's OLED panels that had previously been reserved for the V series. There's a nifty new piezoelectric speaker that uses the entire front display as the speaker driver, meaning the G8 has no earpiece speaker (it does have a rather large notch, though). And a new "ToF" (time of flight) front-facing camera has allowed LG to implement a secure face unlock method that LG says will eventually be compatible with mobile payments on Android, once Google makes the necessary middleware available (Android Q is rumored to add this). On simple specifications, the G8 isn't a slouch, with 128GB of storage, 6GB of RAM, and a Snapdragon 855 processor - everything a smartphone in 2019 needs for a favorable comparison to Samsung's Galaxy S10. The battery is substantial if not enormous, at 3500mAh, and there's even a proper rear fingerprint scanner for those of us who don't enjoy the in-display future being foisted upon us by damn near everyone else. Oh, and of course LG's Quad DAC is packed in there for the audiophiles, along with the requisite 3.5mm headphone jack.

Software wise, it's running Android 9.0, and LG didn't really have much to offer on the gimmick front - there are some hand gestures you can use to control certain things in apps using that fancy ToF camera, but LG's demo was more than a little unconvincing; the gestures seem downright hard to use. But it's not in the way, and it's something you'll probably never think about again after trying it exactly once (which, well, that's par for the course on most LG software). 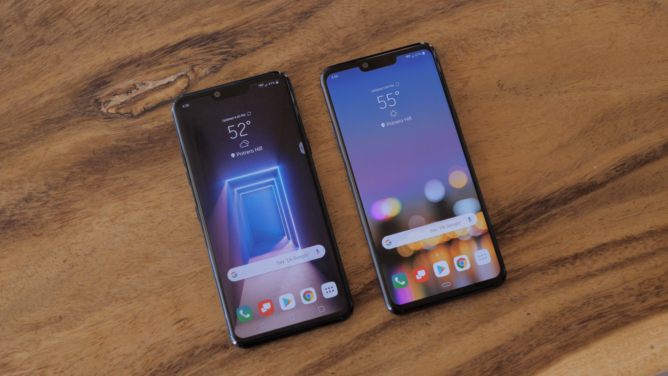 The big question we're left with, obviously, is pricing. The Galaxy S10 has come out swinging this year at an eye-watering $900, up $180 over the Galaxy S9, which debuted at $720 in 2018. Last year, LG dropped the G7 at $750, which was pretty hard to stomach when Samsung was offering a better phone for less money. Let's hope that they don't make that mistake again, especially when Samsung's now the one offering more RAM, more cameras, and an almost inevitably superior display.

LG may not agree, but I think Samsung's $750 Galaxy S10e is a more proper point of comparison for the G8. Sure, it's on the smaller side and has a lower display resolution than LG's phone, but I'm just not confident LG is competing on the level Samsung is with the S10. Pricing the G8 aggressively could avoid a lot of unfavorable comparisons for LG, and they've had more than enough of those in recent years to go around.

We'll be reviewing the G8 some time next month, and we'll give you our full thoughts then. 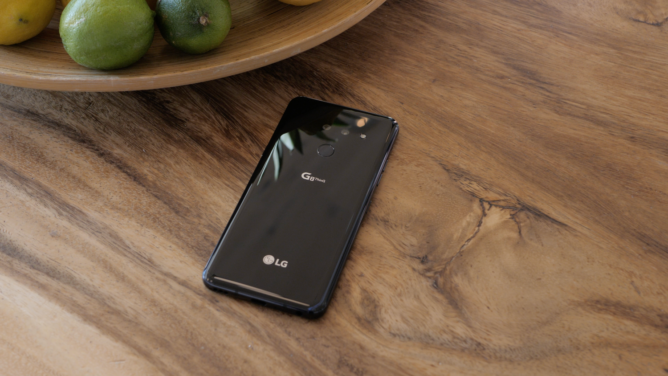 [Update: G8s too] LG announces the G8 and V50 at Mobile World Congress