Serial Box offers stories in digestible, serialized (get it? Serial Box?) chunks, with episodes available in both text and audio formats. The app has seen success on iOS, garnering an average user review of 4.6 stars — and the unique service is now available on Android.

Pricing per serial varies, but individual episodes are inexpensive — a buck or two — and subscribing to serials or buying entire seasons nets you a discount. First episodes of each serial (called pilots, like in TV series) are free, and a couple of serials are free altogether. Once you buy an episode, it can be downloaded from Serial Box's website in a number of formats, including PDF, Kindle, and DRM-free MP3.

The app's interface is a little rough, but it's usable — and, to be fair, it's still "unreleased" (Play Store parlance for being in early access). If you're into short fiction, audio books, or narrative podcasts, you'll probably find something to like in Serial Box. There's plenty of free content, so grab the app from the Play Store and check it out.

After a short testing period, Serial Box is now officially released on the Play Store. 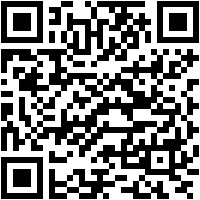