Samsung has just announced its latest super-duper flagship phone, and among the new features it boasts is the world's first commercial ultrasonic fingerprint sensor under a display. We've seen other in-display scanners on phones from the likes of OnePlus and Huawei, but they use optical technology instead. This new ultrasonic method is supposed to be better in more ways than one — let's take a look at why.

Most importantly, according to Qualcomm, its 3D Sonic Sensor is more secure than existing 2D optical scanners. It uses sound waves to create a 3D map of the valleys and ridges that make up a fingerprint, while also being able to detect blood flow, and this prevents the system from being spoofed with an image or 3D model. This approach also promises improved reliability, especially when your finger is wet or partially obscured by dirt (that's no excuse not to wash your hands regularly, though). 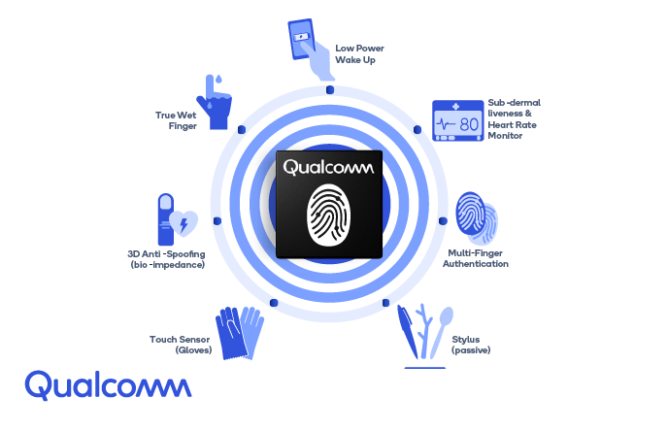 Optical scanners that use a bright light have also been known to cause burn-in on OLED displays over time, but that won't be a problem with the 3D Sonic Sensor. Another advantage of Qualcomm's ultrasonic solution is that it's incredibly thin — just 0.2mm — making it perfect for use in super-thin devices. Since it can detect your pulse, the scanner can also be used to monitor heart rate, BMI, and blood sugar levels, while saving space for other components.

The ultrasonic sensor also requires very little power, and it also doesn't get in the way of stylus use. Qualcomm is obviously obliged to talk up its own technology, but it has independent backing, too. The FIDO Alliance (Fast IDentity Online) has certified the sensor as part of its Biometric Component Certification Program. The Galaxy S10 is the first device to be appraised by this new alliance, but it's still good to see that it has been recognized as a secure solution. Just like anything, it's not perfect, though. Sadly, not all screen protectors will work with the new setup, so be careful when buying one for the S10 or S10+.