We all wish our phones could do more from time to time, but you can't just add new features without buying a new device, right? Oh, you're forgetting about Moto Mods. You can add new hardware capabilities to your phone like a speaker, a zoom camera, or projector. It changed everything... actually, that's wrong. Smartphones are largely the same as they were in 2016, but Motorola is still at least going through the motions to pretend Mods are a good idea. The evidence is unavoidable at this point: they're not.

Here we are almost three years after Moto's Mod platform launched, and Motorola has yet to offer any truly innovative Mods. In fact, Motorola's slavish commitment to modularity means that its phones have been stuck in 2016. At a time when smartphone design is getting downright boring (how many flat, glass slabs have we seen?), Motorola has managed to make modular smartphones even more yawn-inducing than phones that come in one piece.

It seemed like a good idea at the time

It's easy to be lured in by the siren's song of Mods. Imagine if you didn't need to keep upgrading your phone to make it more powerful. Imagine a way to extend your battery life. Imagine printing photos with your phone. You can imagine all these things, but Mods aren't the best way to do any of them—they just look good in ads.

Motorola had to make design compromises in the name of Mods, and it's continued to make those same compromises year after year. The shape and size of the Z-series phones have remained the same by necessity, and the back is entirely given over to the Mod connector. If you want a case to protect your glass sandwich, the Mod connector is useless. As taller screen ratios took over, Moto couldn't keep its front-facing fingerprint sensor, but the back was unavailable. This led to Motorola placing the fingerprint sensor on the edge and moving the power button to the "wrong" side of the phone in 2018.

Moto Z phones don't look particularly nice, they don't feel good in the hand, and the battery life is middling at best. The original Moto Z was razor-thin, but it had a tiny 2,600mAh battery. Making the phones thin doesn't mean Mods are easier to use, though. The battery Mods might technically count as pocketable, but the other Mods make the phone gigantic. You won't keep these attached to the phone, so it's just another accessory to haul around. Verizon even made a carrying case for lugging around Moto Mods, really driving home how inconvenient Mods are in practice. 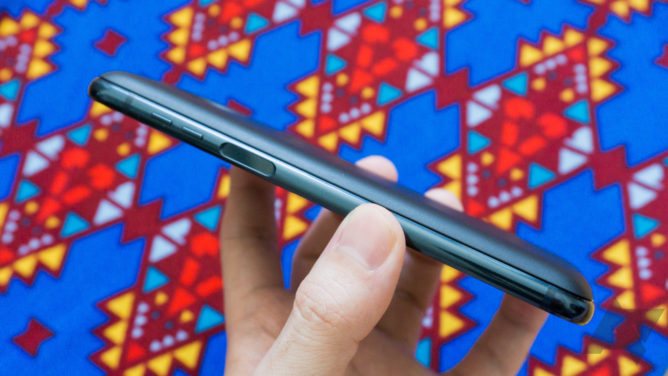 Slapping the smallest battery Mod on the Z3 Play makes it well over 200g and almost 12mm thick.

Remember the original Moto Z Play? It won some fans for its giant (for the time) 3,510 mAh battery, but Motorola seemingly realized that ruined the whole Mod concept. So, the Moto Z2 had a smaller battery and a thinner frame. Want more battery life? Get a Mod. Motorola even included a battery Mod with the Z3 Play in a presumably frantic attempt to make Mods desirable. While other OEMs have let their phones get a millimeter or two thicker to accommodate larger batteries, Moto has kept pushing the Mod angle.

There were never any good Mods in the pipeline

I said in the original Moto Z review that I wanted Motorola to prove to me that Mods are a good idea. It hadn't made the case at launch, but maybe it was just getting off to a slow start? The current Moto Mod lineup is no more inspiring than the launch lineup. There's a cheaper speaker, a printer, an Alexa speaker, and a few different batteries, but Motorola still has not proven to me (and most consumers, I'd wager) that Mods are a good idea. So far, they're just a way to waste money. 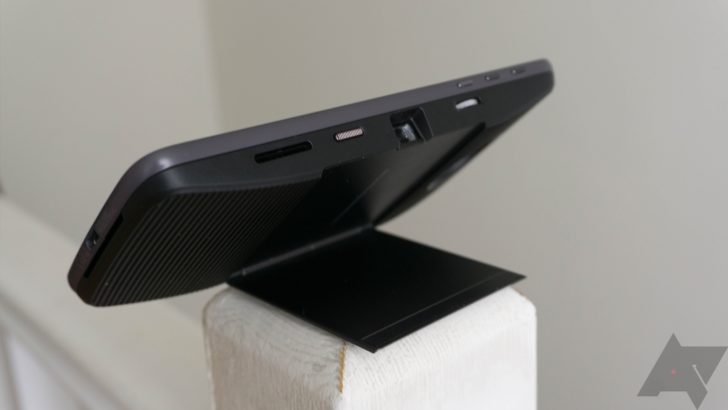 There was talk early on about Mods that would measure advanced health stats, support four SIM cards, and do other wild stuff. None of those ever happened, not that they'd have probably been game-changers anyway. They might have at least proven Motorola was trying. As it currently stands, none of the Mods offer new experiences—they just add common accessories to the back of your phone. Worse, these versions of accessories lock you into buying Moto phones.

Who's going to buy a $150 Alexa add-on for their phone? You can just purchase a real smart display or, like, five Echo Dots for that money. Motorola is also still hocking that same projector Mod for $200—again, there are cheaper alternatives that work with multiple devices. And then there's the $200 Hasselblad camera Mod, which is just irredeemably bad. The batteries are probably the most useful Mods, but even the smallest ones make the phones unreasonably heavy. In an ideal world, the Mods would simply expand your battery. In reality, they're just fancy, overpriced power banks. Even the simplest Mods—the Style Shells—are almost non-existent. Motorola only has two of them for sale, and they were sold out for most of last year. 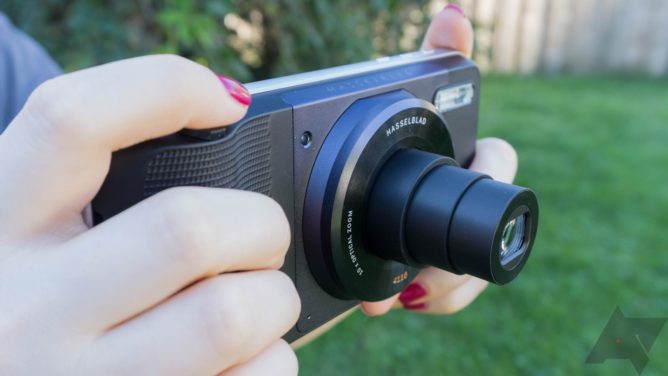 Motorola talks a big game year in and year out, but it never offers any specifics on Mod sales or usage. When I asked Moto directly about how consumers use Mods, the company would only say a "high percentage" of Moto Z owners used Mods. The company didn't want to say anything about its promise to deliver 12 Mods in 2017. As you might recall, it missed that goal by a wide margin. In 2018, we just got the cheap speaker and a 5G Mod that still hasn't launched. That's a pretty pathetic record of innovation for a platform that was supposed to foster innovative ideas.

Motorola has pitched Moto Mods as a consumer-friendly approach to smartphone design, but the sad truth is it was always about money. Carriers love accessories—selling a few cases or extra chargers is highly profitable for them. Selling you a $200 Mod with your $600-800 phone? That's Verizon's wet dream.

All the carriers gave Moto Mods a shot with the Z2, but only Verizon stuck with it in the long run. The fact that carriers aren't pushing Moto Z phones anymore suggests strongly that Mods don't sell. Moto has cozied up to Verizon to launch the Moto Z3 and (eventually) the 5G Mod. Just like that, the Mod platform has been reduced to little more than a vehicle for Verizon's 5G vanity project. 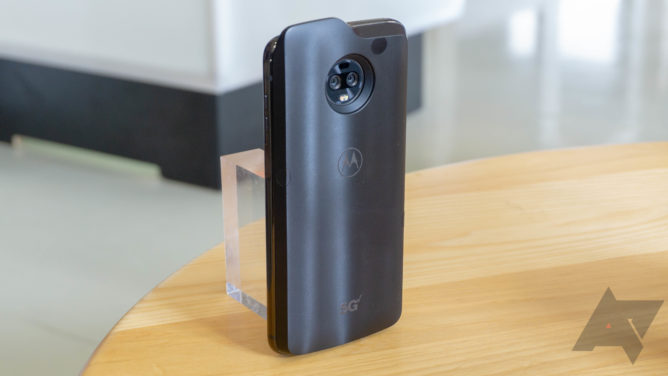 The Verizon deal might mean Motorola is stuck with Mods for even longer. It can't very well give up on Mods as it's launching Verizon's first consumer 5G device, so perhaps that's why the phone maker is so tight-lipped about what's happening with Mods. Motorola promised at least three years of support for Mods, and that deadline could be approaching depending on how you understand that statement. Is Motorola actually going through with another year of Moto Mods? Should you even consider spending money on the existing Mods? We just don't know, and Motorola's refusal to confirm anything is worrying. We've seen a leak of what could be the Z4 with a Mod connector, but nothing is certain yet. 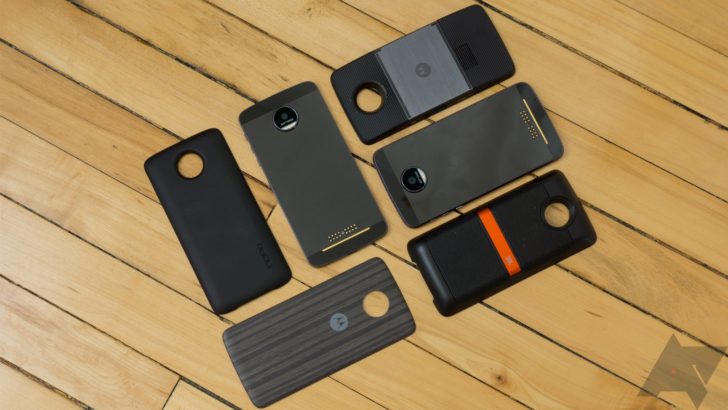 So, Motorola could be stuck between a rock and a hard place. It's obvious Mods aren't taking off, but it has to keep up appearances for Verizon. As smartphone sales plateau, Motorola needs to innovate to have any hope of staying competitive. The aging Mod platform and a Verizon partnership aren't going to cut it.

[Update: New renders and rumors] Nokia 9 PureView and another device might be announced at MWC