TCL's Alcatel brand is about to get a raft of new phones, according to the latest leak from Evan Blass. Alcatel doesn't trade in high-end phones or innovative designs, but it does make a lot of cheap phones. Of course, that means you're going to forget about these new devices almost immediately after they're announced.

The leak consists of a single front/back photo of each device along with an abbreviated spec sheet. There's one above; the 1s  with a "big memory" allotment of 32GB and an unusual Spreadtrum SoC. Without further adieu, here are the remaining four.

The Alcatel 1v is another Android Go phone. So, it'll be slow but maybe cheap. 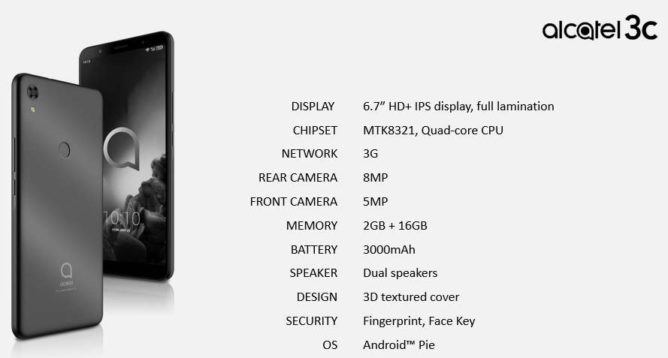 The Alcatel 3c has a bit more RAM, but it's only 3G. That seems... pretty strange. 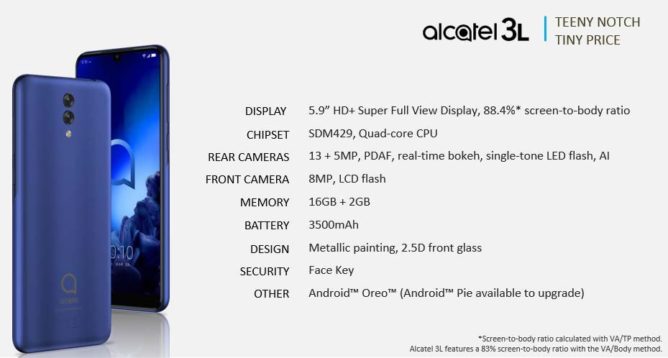 The Alcatel 3L has a "teeny" notch and a Snapdragon SoC, but it's going to have Oreo at launch. 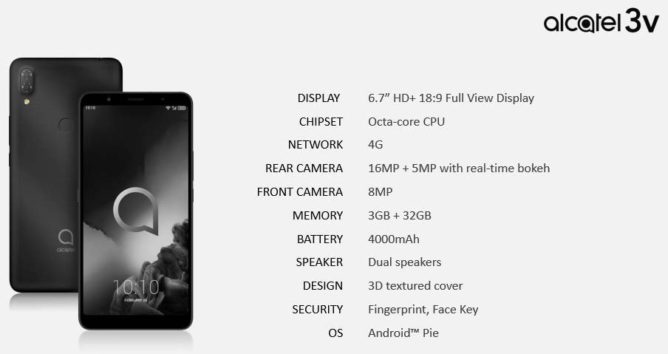 We don't know what ARM chip the Alcatel 3v will have, but the 4,000mAh battery will be nice. It also ships with Pie. 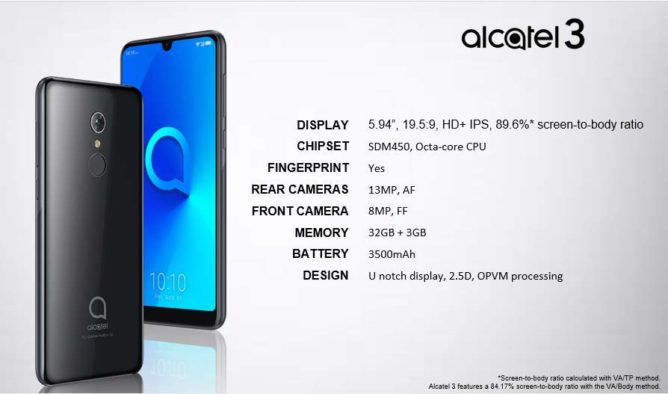 The Alcatel 3 is another notch phone, but it has the strongest specs of all five phones (along with the 1s). These phones will probably show up at MWC next week, and you'll forget about them soon after.