Samsung gave us our first look at the Galaxy S10 5G at a closed-door press briefing yesterday, and boy - is this thing a whole lot of phone. It's the size of a Galaxy Note 9, but slightly thinner and lighter (shockingly), and sports a unique, shimmery silver finish that I quite like. It also has a 5G logo on the back, because of course it does, and... that's about all I can tell you about it as an experience, because Samsung wasn't letting anyone power it on.

But I think we can still say a lot about this phone, even screen-unseen. That's because we do have a specification sheet for it, and it reads like something out of a phone geek's dream. 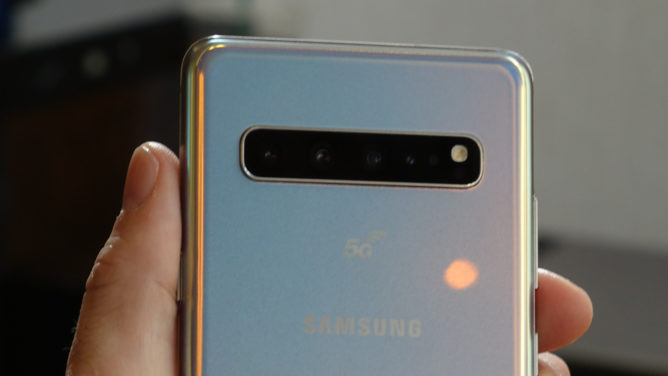 The massive 6.7" display is basically a match for the Note 9's, but it has an even bigger 4500mAh battery to help sustain it while it's on a more power-hungry 5G connection. It comes with 256GB of storage and 8GB of RAM (the only configuration). It's also the first Samsung phone to officially support USB Power Delivery (3.0) wired charging, presumably because topping up that 4500mAh battery would take a good while on Samsung's typical Adaptive Fast Charge brick that the S10 and S10+ will ship with. Finally, it has a fourth rear-facing camera for 3D depth mapping (there's a 3D depth camera on the front as well - I bet this is finally Samsung's Face ID take), something you won't find on your totally average Galaxy S10+, even if you fork out an estimated $1500 for the 1TB ceramic model. Oh, and the 5G.

The Galaxy S10 5G is not a phone for you, me, or really anyone. It's a phone for us to gawk at, geek out on, and be ever so slightly envious of.

We don't know how much the Galaxy S10 5G will cost (prediction: too much!) when it does arrive as a temporary exclusive on Verizon in the first half of 2019, and as you can see, even the release date is vague - giving us a window extending essentially from March through June of 2019. The S10 5G will also come to AT&T, T-Mobile, and Sprint, but not until the second half of the year. (The reason these release windows are so large, I believe, is because the carriers don't have good estimates about their 5G rollout timelines just yet.)

What I do know is that there's absolutely no good reason to buy it. It seems exceptionally unlikely that anyone but a very small group of individuals will be able take advantage of the phone's headline 5G connectivity in 2019 - something that will probably continue being true even well into 2020. And we all know what happens later this year, around the time the S10 5G becomes more widely available: the Galaxy Note10 will launch and everyone will proceed to forget the S10 5G is even a thing. And that probably doesn't matter as far as Samsung is concerned.

The S10 5G is first and foremost a marketing exercise designed to showcase Samsung's 5G mastery and its utter dominance over the US carrier market. They'll sell a few overpriced phones to superfans and a handful of 5G nerds, and I don't think Samsung has any illusions about that. It's not a phone for phone geeks, or really anyone that exists in any meaningful, marketable sense. It's a phone for Samsung to put up on a press release pedestal and shout to the world "This is the first 5G phone anyone is going to remember," then retire to its corporate museum never to be heard from again.

And price and coverage won't be the only reasons to stay away. The S10 5G is also essentially hamstrung in terms of 5G future-proofing, because it's powered by Qualcomm's first-generation Snapdragon X50 5G modem, and I strongly advise even those of you who are truly interested in 5G to wait for the Snapdragon X55 phones that will launch next year. They'll be thinner, less power-hungry, and support basically every known 5G iteration. I also suspect they will not be priced into the stratosphere, at least not quite so high as the very first 5G phones will be this year.

The Galaxy S10 5G is not a phone for you, me, or really anyone. It's a phone for us to gawk at, geek out on, and be ever so slightly envious of - and that's exactly what Samsung and carriers want from these first 5G phones. I think they've done a fairly good job of it, on paper. 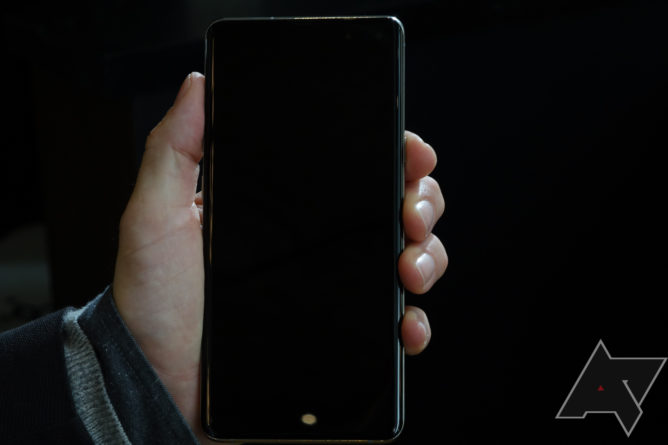 The Galaxy S10e is Samsung’s answer to the iPhone XR, and it offers a ton for $749