Nike recently launched the futuristic self-lacing Adapt BB sneakers, with the Android app going live just last week. Our comments section was full of people discussing dystopian futures with rebellious footwear, and they didn't have to wait long — the shoes seem to be bricking during the initial software update itself. 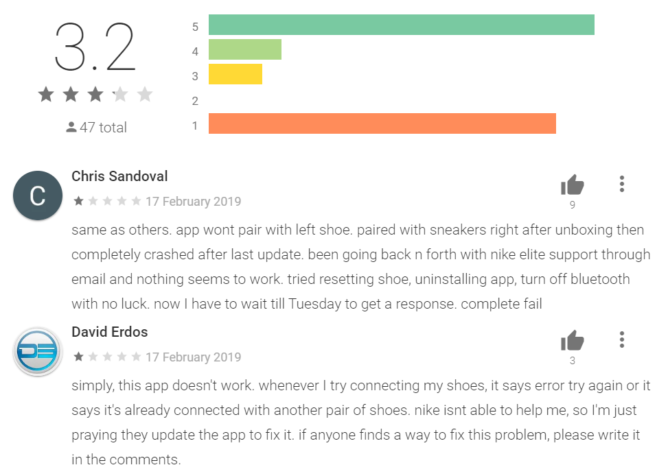 This issue seems Android-specific — the Adapt BB updates just fine through the iPhone, so you'll need to have an embarrassing conversation with a friend where you admit your "droid" can't update your shoes. Buyers of these $350 sneakers are understandably pissed, as evidenced by their angry one-star reviews on the Play Store. Props to this user who gave the app five stars despite needing to change phones to get the shoes to work.

As of now, the only solution seems to be using an iPhone (the app won't install on an iPad) for the software update, and later pairing the Adapt BB with your Android device. Moreover, some features that were discussed during the product launch, like presets for light and pressure combinations, aren't ready yet — though Nike has promised to add them in the future. The pairing bug should be fixed soon, but it really feels like this should have been caught by Nike before publishing the app.