There's probably no other feature that's more often cited as missing from YouTube Music than Android Auto support. Sure, you can manually start and control the app on your phone while it's connected to the car and get music, but this is clearly not what people are asking for. Hints about in-car support were added to the apk a few months ago, but that promise has finally come through. As of version 3.03, you can now use YouTube Music directly through the Android Auto interface. 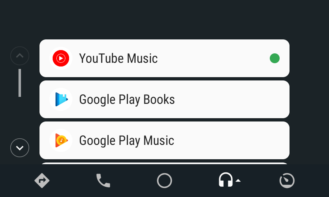 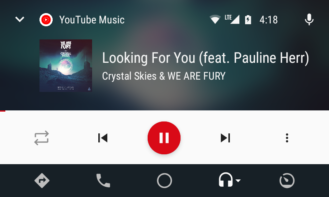 Like any other music player on Android Auto, you can switch to YouTube Music by opening the music tab and tapping a second time on the button to open the source selector. Since the list is sorted alphabetically, YouTube Music will unfortunately appear at the bottom of the list – you'll probably find it on the second or third page of apps – until you select it, which then keeps it at the top until another app is chosen. 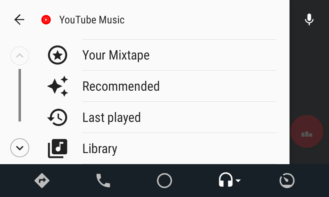 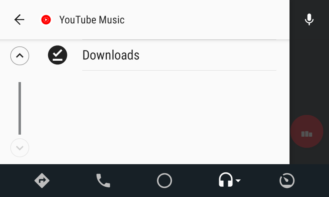 The navigation menu provides five options: Your Mixtape, Recommended, Last played, Library, and Downloads. By default, you'll be thrown into the Recommended list unless you already have something playing.

YouTube Music isn't organized in the same rigid genres as Google Play Music, so you're not going to find the standard categories in the recommended list. Everything here is either from the general pool of recommendations or auto-generated playlists based on your listening habits. As you might expect, the standard lists cover popular genres — and let's be honest, if your taste in music doesn't line up with any of these lists, it probably didn't match any genres in Google Play Music, either. 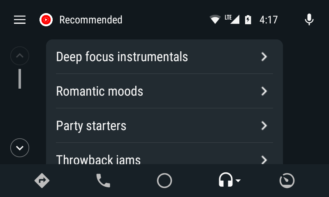 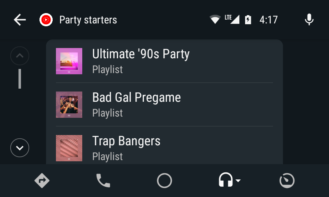 Above: Recommended categories and sub-lists. Below: Library and Download pages. 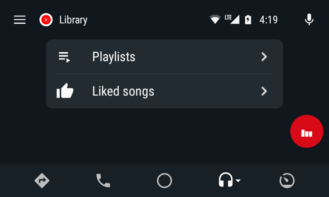 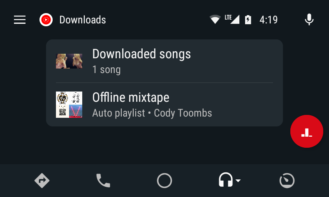 And for those that run Android Auto in standalone mode (just on a phone), here are a few shots from the Recommended list and player screens. 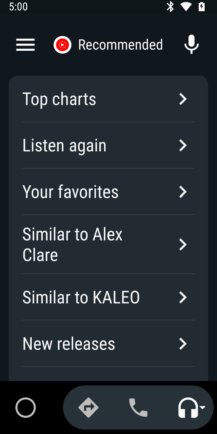 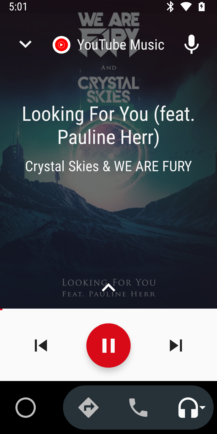 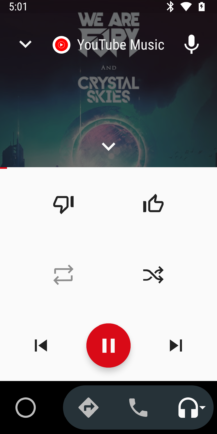 There are still plenty of other features in Google Play Music missing from YouTube Music, but for many people, Android Auto support was one of the last must-have items on the list before making the switch. Whether or not we see some of the others is still fairly questionable, but we'll keep an eye out for more to come.

Giveaway: Win one of two Command Bars from Polk Audio [US]