The once-forgotten communication app Google Voice has seen a few interesting updates recently. VoIP calling was introduced last month, right before the app received a refreshing Material Design makeover. A new setting has just rolled out to iOS users that lets them easily hide their caller ID for all outgoing calls, and it should be coming to Android soon.

According to 9to5Google, strings present in the latest version of Google Voice for Android signal that the option will arrive in a later update. The strings in question are titled 'Anonymous Caller ID' and 'Hide your caller ID on outgoing calls', mimicking the iOS setting you can see in the screenshot below. 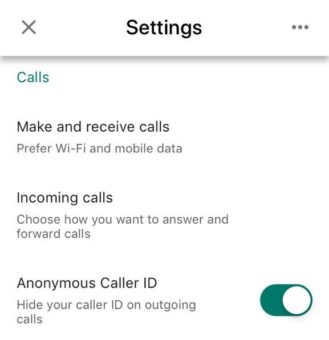 Obscuring your caller ID when making calls with Google Voice is already possible using the *67 prefix before each number you dial, but this new setting will save you the trouble and ensure you never forget to do it. Apparently, if you toggle the option on in the iOS app, this will also be applied to Android and Web versions even though they don't yet have it, so that's one way you could trick it into working early if you have an Apple device lying around.