Rooster Teeth has officially launched a new free-to-play digital card game on the Play Store that's unimaginatively titled RWBY Deckbuilding Game. It's designed around the six-season strong supernatural anime series RWBY. This is a release described as a "new breed of digital card game," and it actually contains a few unique elements that separates it from the competition, such as building your decks during battle, co-op raids, and a lack of booster packs that allows each expansion to offer a complete experience.

RWBY Deckbuilding Game is clearly a digital card game, and it takes place in RWBY's futuristic fantasy world Remnant. Fans of the web series will be able to battle with many of their favorite characters, such as Ruby, Weiss, Blake, Yang, Jaune, Nora, Pyrrha, and Ren. The goal of the game is to upgrade your decks for victory by purchasing cards during each battle from a shared pool. By taking advantage of the powerful synergies created with those cards you'll have a better probability of toppling your opponents and defeating the game's many bosses.

If you're into free-to-play digital card games that contain a clear anime theme, then you're probably going to enjoy Rooster Teeth's latest release. It offers some interesting mechanics with the way you build your decks in battle, and it's also nice to know players won't be nickel and dimed for new cards since there are no booster packs included in the title. So while RWBY Deckbuilding Game may first appear to be yet another digital card game with a popular brand slapped on top, it actually offers something a little different that fans of the genre may appreciate. 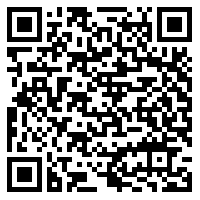 IRVINE, CALIF., February 14, 2019 - 80Arcade, a leading independent video game developer, in partnership with media and entertainment company Rooster Teeth, today launched RWBY (pronounced “Ruby”) Deckbuilding Game, a new breed of digital card game bringing the anime-style series characters of RWBY to life. In RWBY Deckbuilding Game, players build up their decks during the game to defeat an array of deadly foes, or join forces in raids to take down powerful villains. The game has no packs or boosters to chase, so each expansion is a complete and unique experience right out of the box. RWBY Deckbuilding Game is available now for free on PC via Steam, iOS and Android.

“At 80Arcade, we strive to develop games that are easy to learn but hard to master, and couple them with stunning art and intricate themes,” said Matthew Scott, Partner at 80Arcade. “RWBY’s unique set of characters is a natural fit for a competitive card game, and we’re thrilled to bring the game to RWBY’s passionate fan-base.”

RWBY Deckbuilding Game is a new digital card game set in the world of Remnant, bringing the characters of RWBY to life. Players battle with fan-favorites Ruby, Weiss, Blake, Yang, Jaune, Nora, Pyrrha, or Ren as they upgrade decks for victory.
Players build their decks as they play by buying cards from a shared pool to create powerful synergies and conquer their opponents and powerful in-game bosses.
Play against the AI or with up to three friends in Quick Match or invite only games.
Unlock Relic Adventure mode which allows players to challenge the AI to defeat the diabolical boss and win the Relic frame version of their cards.

"I'm so excited for RWBY fans to play this game and experience RWBY in a whole new way," said Kerry Shawcross, writer/director of RWBY. "The RWBY Deckbuilding Game gives RWBY fans a new way to experience the world of Remnant."

In a world filled with horrific monsters bent on death and destruction, humanity's hope lies with four huntresses, Ruby Rose, Weiss Schnee, Blake Belladonna, and Yang Xiao Long. Though each may be powerful on their own, these four girls must overcome dark forces and work as a team if they truly hope to become the next generation of Remnant's protectors. RWBY is the first western-style anime to be distributed in Japan and is produced by Rooster Teeth in Austin, Texas.

About 80Arcade
80Arcade is a privately held, worldwide video game publisher formed in 2018 with a focus on “casual fun” entertainment products. The company works with popular licensors and creators to extend their vision into games that are for everyone, games that are easy to learn and endlessly engaging. 80 Arcade develops content for Mobile, Console and PC.

Founded by industry veterans and key development, sales, and marketing personnel, 80Arcade is focused on three primary channels of distribution including traditional game distribution, non-traditional retail channels, and digital download on gamersfirst.com and other networks. Follow 80Arcade on Twitter at @80Arcade, on Facebook at https://www.facebook.com/80ArcadeGames/, and visit www.80Arcade.com for details on all of Little Orbit’s titles.

ABOUT ROOSTER TEETH
Rooster Teeth is a pioneering media and entertainment company responsible for some of the biggest online series in history, such as the award-winning and longest-running web series, Red vs. Blue. They also produce the globally acclaimed animated series RWBY, the first western anime series to be distributed in Japan; the award-winning Rooster Teeth Podcast; and Immersion, a reality format that brings video game theory to the real world. Rooster Teeth has a massive global footprint of more than 45 million subscribers to its YouTube Network, 5 million unique monthly visitors to its RoosterTeeth.com hub and 3 million registered community members. The company was founded in 2003, and is a subsidiary of Otter Media, a WarnerMedia company. Discover more at RoosterTeeth.com.

[Update: Rolling out] Gmail's right-click menu is finally becoming useful with a ton of new ...