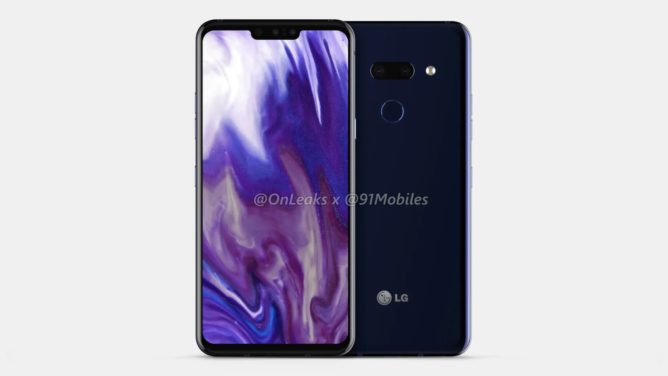 LG's industrial design may have become so iterative that it feels dated — gone are the days of grand experiments like the V10 and V20 — but at least the company is continuing to include a headphone jack. And though aspects like the screen and port/bottom speaker configuration seem like straight rips from the previous G7, there are a few visible hardware changes: the rear camera now has the "surprised robot" horizontal configuration more similar to the V-series phones, and the earpiece has been replaced by another selfie-cam. Two front-facing cameras are also present in the notch of a 6.1" display, and overall dimensions are set at 152 x 72 x 8.4mm. Like the G7, it has a dedicated Google Assistant button — at least it isn't Bixby? — paired with the volume rocker on the left side. The power button and SIM tray are on the right. 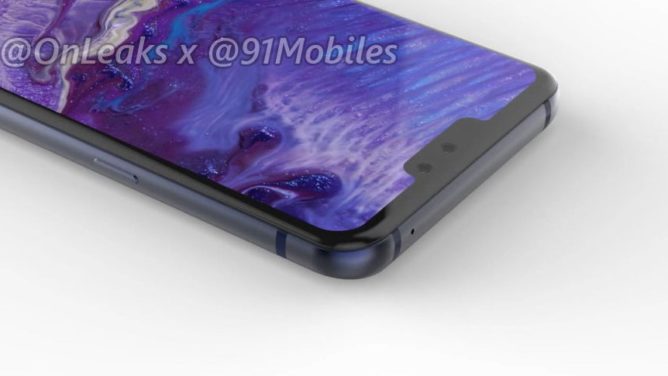 The most curious feature, by far, is the alleged "sound on display" technology, which one of @OnLeaks' sources confirms is present on the phone, and which the lack of an earpiece would seem to confirm. Although some are bound to be disappointed that the phone skips an earpiece but continues to include a notch, it's still pretty interesting to see the LG decided to include it here. The technology that powers it has been around for a while — Google even picked up a startup that was working on the concept in late 2017 — but this is the first time we've heard it might land in a mainstream flagship phone. (Though Sharp has had the tech in some of its phones going back to 2014.)

91mobiles isn't sure if the phone will include a Snapdragon 845 or 855 SoC, and the inclusion of any 5G support is also a question, but LG's upcoming phone could be a lot more interesting than it would appear. We'll have to wait for the formal announcement, expected to happen at MWC, before any of these details are officially confirmed.

For more screenshots, be sure to click through to 91mobiles' coverage.

XDA Developers has released an additional render of the LG G8. The images don't show anything new, except a 'G8 ThinQ' logo below the fingerprint sensor. No additional details about hardware, pricing, or availability were provided. 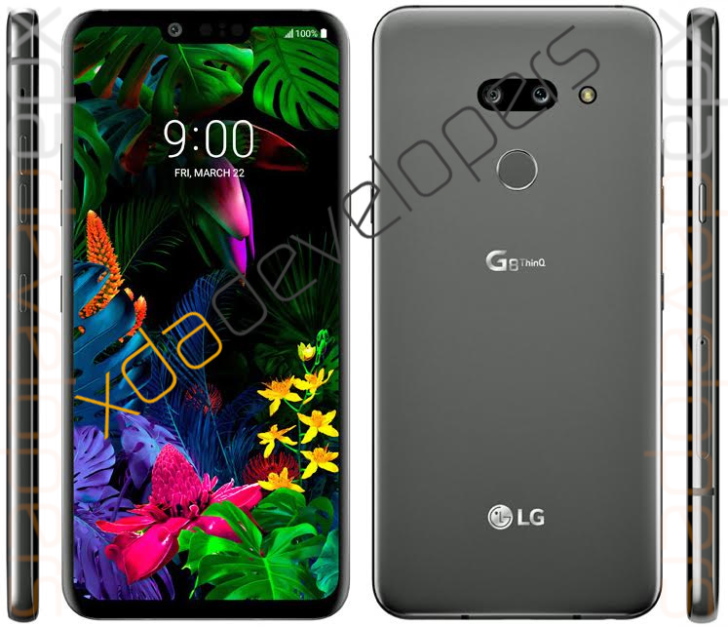 Thanks to serial leaker Evan Blass, we now have more official-looking renders of the LG G8 ThinQ. This time we see it in a black colorway and we also get a look at the bottom and top of the device. This confirms that the top is bare, but the bottom edge houses what looks like a speaker, a USB Type-C port, and a trusty headphone jack.