Samsung's mobile internet browser, if you ask its users, is pretty great. A lot of folks even say it's better than Chrome. That appreciation has manifested in the app hitting a very exclusive Play Store milestone: Samsung Internet Browser now has more than one billion installs.

That impressive figure puts the browser's install base ahead of those of Firefox and Opera combined. Now, there are a couple of caveats here: for one, Samsung's browser comes pre-loaded on Samsung devices, of which each activation counts as an "install." What's more, both Firefox's and Opera's Play Store listings report that each browser has "100,000,000+" installs, which, because of the somewhat silly way figures are reported on Android's app marketplace, means their combined installs total anywhere between 200 million and 999,999,998. Still, though, Samsung's browser is on more devices than the both of 'em. 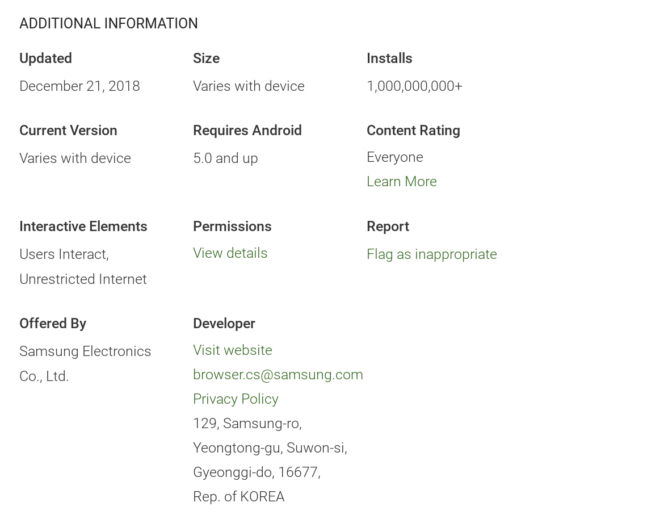 The app is free and available on any Android device running 5.0 Lollipop or higher, so if you're curious as to what all the fuss is about, head over to the Play Store and check it out for yourself. You might just end up with a new default browser.