If you're looking for something a bit bigger and/or newer than the Moto X4, which we posted a deal on earlier today, then this one might be more your speed. Amazon is offering the Prime Exclusive version of the G6 for $169.99, with the regular model coming in at $179.99. 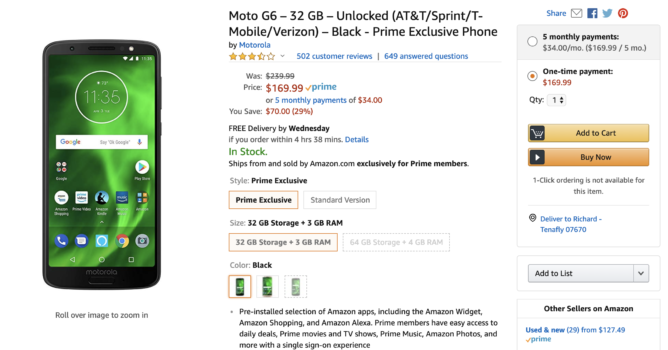