Chrome OS has had some growing pains lately, mostly due to the immense amount of effort it has taken to make web apps, Android apps, and Linux software run together. Chrome OS 72 is starting to roll out, and it addresses several major limitations Chromebook owners have been dealing with.

After a short testing period on the Pixel Slate, both Google Assistant and Android 9 Pie are rolling out to more Chromebooks in this update. My Dell Inspiron Chromebook 14 is still Assistant-less and Pie-less on Chrome OS 72, but at least a few models are getting them, according to About Chromebooks.

We previously reported that Google was adding a 'tablet mode' to Chrome OS, to better suit devices like the Pixel Slate, and now it's going live. If you have a Chrome OS tablet, or you flip a convertible Chromebook into tablet mode, there are a few changes. The tab bar and toolbar become larger, the app drawer goes from black to transparent, and there's a new option to see the mobile version of a site in the overflow menu. 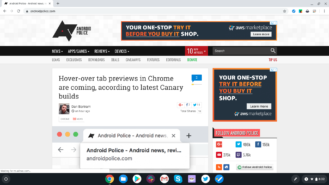 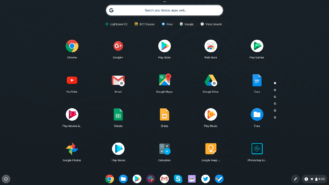 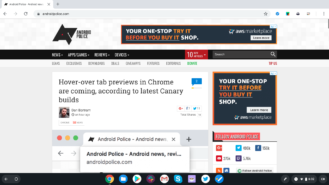 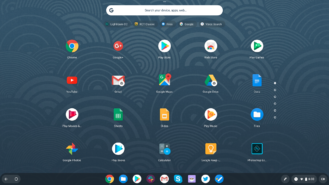 The next improvement is something I'm sure many of you have been waiting for — Android apps can finally access external storage, including microSD cards and USB drives. For example, I can plug in my camera and directly import photos into the Lightroom CC app. Previously, I had to copy the photos to the Chrome OS Downloads folder first. This goes a long way to make Android apps feel more native, and it's a massive benefit for low-end Chromebooks with limited internal storage. 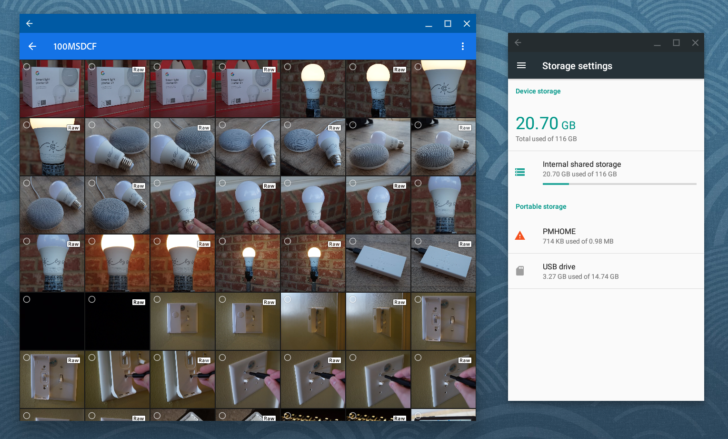 Browsing files on a camera from the Lightroom CC Android app

Another Android-related improvement is that app shortcuts are now searchable in the launcher. Google added the ability to use app shortcuts back in Chrome OS 70, but you could only access them by right-clicking (or pressing down on) an app icon.

Linux support on Chrome OS has also received a few improvements. You can now open .deb files straight from the Downloads folder, instead of having to copy them to the 'Linux files' folder first. Google has also added the ability to switch between DPI modes on Linux apps, in case the software you're using isn't properly optimized for high-DPI screens.

That isn't even all of the new features — Picture-in-Picture is now available (as an extension), files from other computers now appear in the Google Drive section of the Files app, the network manager is more secure, and USB devices are disabled when your Chromebook is locked. It's great to see Google address many of the problems Chrome OS has had for months, even if the fixes took a while.

Google's Pixel 4 may offer improved dual-SIM functionality, according to an AOSP commit