The Pokémon TCG Card Dex app will surely find a home on the phones of many Pokémon TCG players, though there is one small caveat to this release. So far it only supports the cards released since the launch of the Pokémon TCG: Sun & Moon series. So if you own any cards that are older than this series, you won't be able to scan them into the app.

One of the more welcome features is that you can easily scan cards that are damaged or contain text from different languages. Scanning damaged cards allow them to live on in digital form so that you can still eke out some value from your purchases, plus you can scan foreign language cards to then have them show up in your digital library in the language you have set in the app. So far English, French, Italian, German, Spanish, and Portuguese are the languages supported in this release. 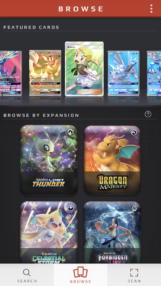 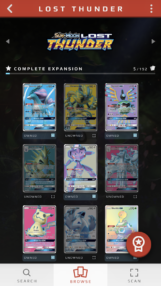 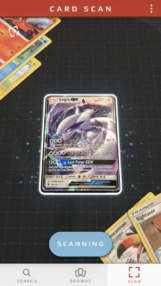 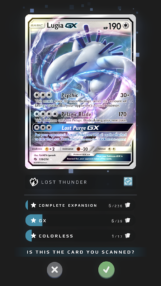 The Pokémon Company is a little late to the card tracking party on Android, especially since there are already a bunch of third-party apps on the Play Store explicitly designed for this purpose, though I have to say it's always nice to have the option to use an officially supported app. While it would have been great to see better support for older cards right out of the gate, I'm sure this release will still cover the majority of needs for Pokémon TCG collectors and players. February 8, 2019—The Pokémon Company International has released the Pokémon TCG Card Dex mobile app worldwide on compatible iOS and Android devices. This app, available at no cost, offers an easy way to browse and discover all expansions and promo cards from the Pokémon TCG: Sun & Moon Series, including the recently released Sun & Moon—Team Up.

Pokémon TCG Card Dex allows fans to easily keep track of their Pokémon TCG: Sun & Moon Series collection by scanning cards using their mobile device’s camera and storing them locally for convenient offline viewing. It also provides a comprehensive database of all Sun & Moon Series expansions, with the ability to filter by expansion, card type and rarity, Pokémon type, Energy type, HP, and other options, so fans can easily search for and discover cards. Players can now begin adding the Sun & Moon—Team Up expansion to their collection in Pokémon TCG Card Dex.

Pokémon TCG Card Dex is available to download at no cost from the App Store and Google Play. For more information about the Pokémon TCG, please visit: pokemon.com/uk/pokemon-tcg/

Google might be building a smartwatch, according to new job listing