The road to merging two large carriers isn't an easy one. For Sprint and T-Mobile to merge into "New T-Mobile," a lot of hearts need to be won over. In October 2018, company shareholders approved the merger and in December, "Team Telecom" and the Committee on Foreign Investments green-lighted it too. The next two hurdles to cross are clearances from the Department of Justice and FCC. Yesterday, T-Mobile CEO John Legere penned a letter to FCC Chairman Ajit Pai asking for approval. In this, he promised to keep rates "the same or less" than the current plans by T-Mobile and Sprint, for at least three years.

Critics of the merger have alleged that the merged entity, New T-Mobile, would take advantage of its stronger position and hike rates. Legere scoffs at this, saying he wouldn't want to lose goodwill accumulated from being the "Un-carrier" all these years, stating, "New T-Mobile will make available the same or better rate plans as those offered by T-Mobile or Sprint as of today’s date for three years following the merger." 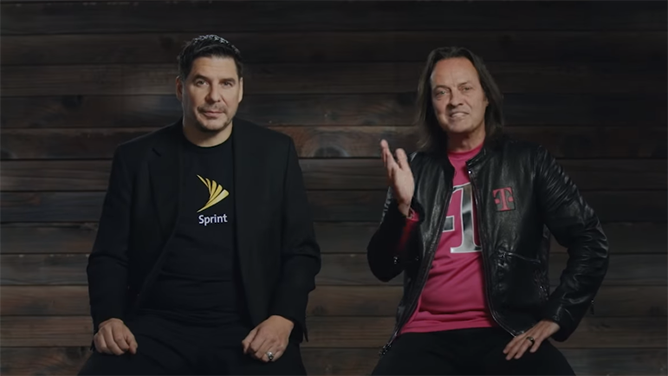 When it comes to getting regulatory approvals, we know that carriers will talk the talk to get a signature on the dotted line. One of the advisers consulting with T-Mobile is former FCC commissioner Migon Clyburn (who, ironically, opposed AT&T's bid for T-Mobile in 2011), so the company is definitely well informed on what the FCC would like to hear. Furthermore, the crux of Legere's defense is "we won't do that bad thing they're accusing us of for a least a few years," which isn't much.

That being said, the lion's share of enterprise and government contracts currently go to AT&T and Verizon, so T-Mobile can't afford to anger the average consumer — it keeps people happy with free stuff, be it Netflix, Taco Bell, or fuel rewards. Suddenly gaining a larger market share wouldn't mean it could afford to turn its back on consumers, no matter how many 5G towers it would have.

Alternate title: T-Mobile pinky swears it won't screw over its customers for at least three years following the merger. Promise.