Sega has officially launched its mobile real-time strategy game Revolve8 on the Play Store. It's free-to-play and exudes a flashy anime theme for its stylized fairy tale characters. The gameplay revolves around 3-minute online PvP matches where players pull from a deck of eight cards to send out heroes to destroy their opponent's towers, much like Clash Royale.

Some people may call Revolve8 a clone, and I'd say that's a fair assessment since the game is noticeably very similar to strategy titles like Clash Royale. Much like a tower defense game, it's your job to take out your opponent's towers under the three-minute time limit. To do this, you will strategically pull cards from your hand-crafted deck to send out heroes to attack your enemy.

So far today's Play Store reviews look to be somewhat mixed. Many players have mentioned lag and connection issues, which aligns with my experience, but since today is the global launch, it's pretty much expected. I've also noticed a few players that have complained about not receiving their pre-registration rewards, so I'd like to clear up any confusion about this if I can. Many of the in-game rewards are doled out as players reach new league levels, so some of the rewards will not be instantaneous.

Revolve8 is indeed a free-to-play release, which means it includes plenty of in-app purchases. They range up to $79.99 per item. Luckily there are no advertisements inserted into the game, so you are free to play without any intrusive distractions.

Clash Royale clones are nothing new on the Play Store, but it sure would be nice to see major gaming companies like Sega putting in a little more effort for its mobile releases. That's not to say there is anything particularly wrong with Revolve8; it's just sad that the game was designed to mainly offer the same strategic PvP gameplay we've all seen before. Sure, it may be nice to have the option to play an anime-themed game similar to Clash Royale, I just wish Sega could come up with something a little more original instead of rehashing played-out ideas to make a quick buck. 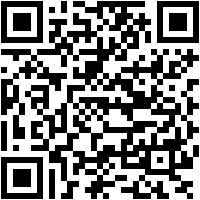 Today Masayoshi Kikuchi, Koji Igarashi and others from all-star team of creators bring real-time-strategy mobile game “Revolve8” to the world!

In Revolve8, producer Masayoshi Kikuchi and character designer Koji Igarashi has created a new real-time-strategy game featuring familiar fairy tale characters, but with a quirky twist. Players use a deck of eight cards to destroy their opponent’s tower within three minutes. The rules are simple, but with the many different combinations of cards and a variety of Hero skills, mastering the game requires a delicate balance of strategy and tactics.

GAME FEATURES
●Gripping characters created by Koji Igarashi
Characters from well-known fairy tales are reimagined in a unique way by Koji Igarashi. For example, Red Riding Hood is a fashion and social media fanatic while Cinderella is a motorcycle-loving pop star, and many more!

●Strategically deep, real-time duels
Understand the strengths and weaknesses of your cards, which are classified into Heroes, Minions, Buildings, and Magic. Strategize wisely to win!

●Lead your team to victory with 2 skill types
Each Hero has a Normal Skill and a Special Skill. Special Skills can only be used once in a match by the deck leader, while Normal Skills can be used every 30 seconds by any of the Heroes in the deck. When used correctly, these skills can potentially turn the battle around.

●Emerge victorious and climb to a higher League
Participate in League Matches, which involve real-time battles against players from around the world!

●Learn the basics with Quests
Clear single-player quests to pick up the basics of battle and understand the strengths and weaknesses of each Hero.

To celebrate the upcoming release of Revolve8, all players will receive the following in-game rewards:

About SEGA Networks Inc., SEGA Game Co., Ltd.’s mobile division in the West:
SEGA’s mobile division in the West has its headquarters based in San Francisco with dedicated studios across North America and the UK. Focused on creating fun, compelling and engaging games, SEGA's games feature iconic intellectual property as well as original innovative content for mobile and tablet devices. Since 2008, it has been a leader in the smartphone and tablet space and continues to be at the forefront of mobile gaming. SEGA Networks Inc.'s mobile studios include Hardlight™ and Demiurge Studios™. For more information, visit sega.com.

Pixel phones now let you schedule reboots after an OTA update, pause updates while phone is 'in use'

Diamond glass, lasers, the FBI, Huawei, and burgers - finally, a smartphone story with everything