Valentine's Day is coming up and you still don't know what to get your significant other? Think no more; Google has you covered with bundles and special deals on the Pixel 2, several connected home devices, and accessories.

The only smartphones on sale are the Pixel 2 and Pixel 2 XL, which are down to $549 instead of $649 for the 5" model, and $599 rather than $849 for the larger handset. Unfortunately, the unlocked and Google Fi versions of the Pixel 2 are already sold out, but Verizon variants are still available. As for the XL, you can get unlocked and Fi models, while the Verizon version is no longer in stock. Although this seems like a steal for an excellent handset, bear in mind the Pixel 2 was released in October 2017, about a year and a half ago — Google is probably looking at getting rid of its remaining units.

Regarding smart home products, you can save $20 on a Chromecast + Google Home Mini bundle, down to $64, or pay $58 for two Home Minis instead of $98. These two deals are particularly interesting if you're thinking of building a connected home infrastructure or extending it to more rooms. It's slightly disappointing Google isn't discounting higher-end gear like the Home or Chromecast Ultra, especially when Amazon is lowering the price of its Fire TV products. The last Chromecast Audio units were going for $15, which is $20 less than the initial amount, but they're already sold out and probably won't be available again. 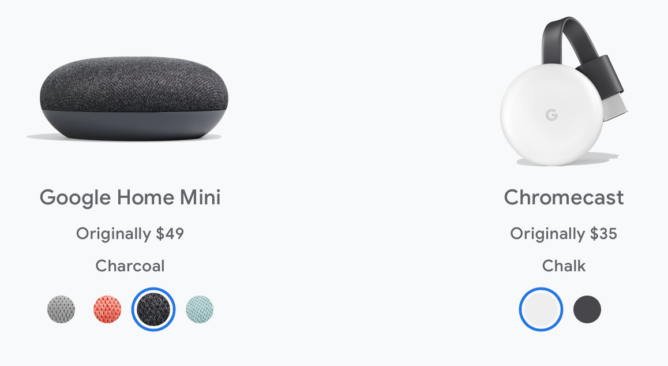 Google WiFi routers are also discounted at $99 for a single point or $249 for a 3-pack, saving you $30 and $90, respectively. These are particularly helpful for creating a mesh network in a breeze and enjoying extensive coverage in your house.

Furthermore, many of the Nest division's products are bundled and offered at a lower price tag, with savings ranging from $20-$50 on thermostats, $30-$102 on smoke detectors, and $100-$350 on cameras. These are significant discounts on well-rated equipment in case you're looking at controlling your temperature remotely or keeping an eye on your house while you're away, but I hardly see why anyone would buy these for Valentine's Day – unless they're some kind of stalker and want to keep an eye on their lover... 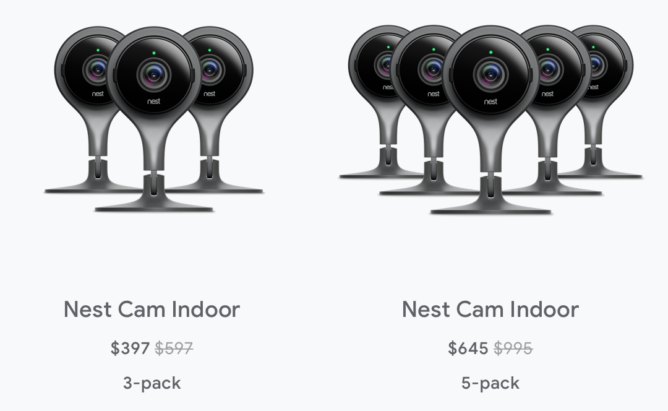 Lastly, you can save a few bucks on Pixel 2 cases, headphones, and Google Home accessories. The most appetizing deals let you save $40 to $55 on Libratone and AIAIAI on-ear headphones. There's also the Pixel Buds, but we wouldn't recommend them.

[Update: Samsung calls it off] Samsung shamelessly aligns with off-brand Supreme in China