In 2019, the most talked-about feature of any new smartphones is not the camera, processor, modem, or software. It is the shape and size of the area reserved for the sensors and cameras on the front - and it is time to just stop it.

Notches, punch holes, screen cutouts - whatever the hell you want to call them - are part of phones for the time being. They’re part of phones because the companies making the phones are desperate to find ways to excite us with new visual elements that keep our historically low attention spans long enough to sell us thousand dollar glass and aluminum bricks. There is absolutely nothing cynical about this: smartphone companies make phones because you, presumably, will buy one, and you’re not doing that as often as they’d like anymore. Thus, here’s a shiny new phone, and hey would you look at that, it’s got a nifty doo-dad on the front that doesn’t look like your old one. Must be important - time to upgrade!

Designer-types will tell you that notches are a necessary evolutionary step along the path to smartphones that are just nothing but screen, with cameras and sensors that will be able to see through display panels being the inevitable terminus of this trend. And that sounds very logical indeed, bearing in mind one underlying assumption: that any of this is actually important in regard to making smartphones meaningfully better. We all seem to kind of assume it is, because... that’s what people seem to want? Apparently? See, the thing is that nobody in the phone business can actually tell you why this is important or necessary, just that every iPhone F-U-T-U-R-E concept slapped together by some kid in Adobe Illustrator over summer break that goes viral on Facebook doesn’t have any bezels or visible sensors on the front. And everyone has collectively decided, apparently, that this is what we crave. 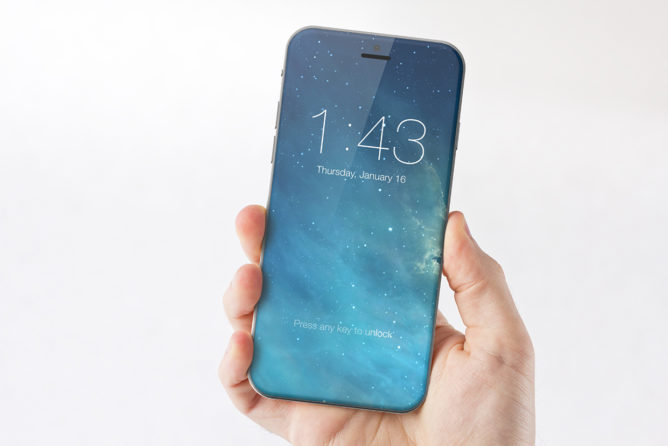 Yes, yes, this is where we all want to end up.

That’s all fine, I suppose - people want some things just because we want them, and there’s really no logic to that sometimes. “It looks cool,” we say. And, inevitably, when Apple finally slays the Big Bad Notch Monster Neurosis we’ve created, they’ll talk about magical ergonomics or some other new-agey horseshit that sounds like something out of a Scientology onboarding seminar but it’s OK because Jony Ive said it, so it must be real. And then we’ll move on to finding something else to be far, far too concerned about given the actual impact it has on how we use our phones, because that’s what we do.

In the meantime, some phones will have notches, and some will have punch holes, and who knows, maybe some will have octagons or triangles or some other wild shit that we can all laugh at for being so insanely stupid - I can only hope we're so lucky. Let’s just remember that we got here because we all complained for years about how bezels were the actual worst thing in the universe, so phone manufacturers are doing precisely what we asked them to: getting rid of the bezels.

I still don’t know what made them think getting rid of the headphone jack was a good idea, though. Let’s just pray this reductionist crusade doesn’t go too far - I want my USB port.

Anker PowerPort Atom PD 1 review: A must-have for anyone who plugs things in