IRS agents won't ask you to pay back taxes with iTunes gift cards, and unverified images on a Google Maps listing don't necessarily represent the business owner — what seems like common sense to you and I can end up causing a lot of pain and anguish to less discerning individuals. Twitter user @DrunkenPandaman stumbled upon one such instance today, where the Google Maps listings of liquor stores across India are being flooded with thousands of images having phone numbers on them, seemingly promising home delivery for an advance payment — an obvious scam, that seems to be working. 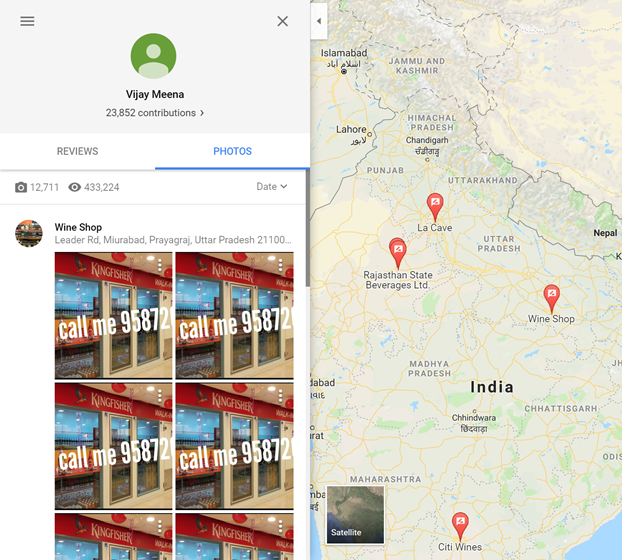 Tens of thousands of near-identical images in listings across the country.

In a country that's adding 10 million first-time internet users a month, it looks like unscrupulous individuals are waiting to take advantage of these users' gullibility. Victims, in search of delivery from a nearby liquor store (booze-delivery is quite common in India), notice the phone number across images in the Google Maps listing and reach out. They're given a price list and told to pay in advance — either over Paytm (similar to peer-to-peer payment app Venmo) or by sharing their card details. It's safe to assume that after making the payment, they're blocked or ghosted.

With a cursory search, I could see many instances (1, 2, 3, 4, 5) of these profiles flooding listings in 15 metro cities spread across the country — about 40,000 pictures being uploaded by just six fake profiles, pointing to six different mobile numbers. Some accounts just uploaded tens of thousands of duplicate images, while others also wrote hundreds of reviews, answered questions, and left ratings, reaching Level 7 as Local Guides. 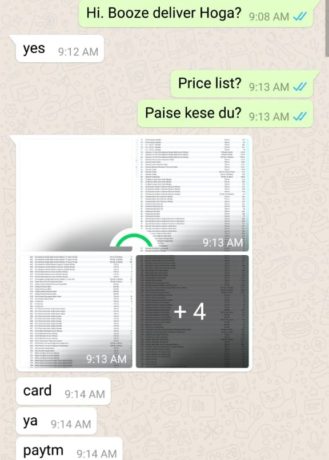 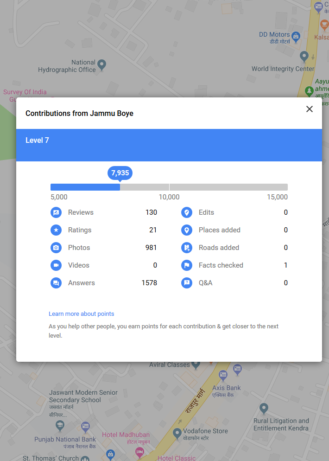 Left: My "Hinglish" conversation with the scammer, where I'm given a price list. Right: The contributions page of one of the profiles.

I tried reaching out to a few of these numbers over WhatsApp, and got a reply within minutes, with a price list and asking me to pay with Paytm or a card. It looks like people have indeed been paying up, as I found instances of some businesses taking steps to warn their customers — one store even added the warning to their listing name, as the fake images had hijacked the headline image of the store listing. 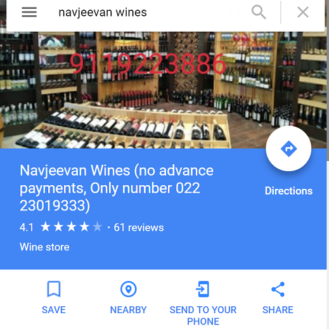 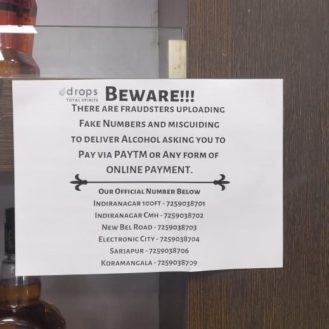 Steps being taken by store owners.

In the larger scheme of things, this isn't the biggest scam out there, but I came across a more worrying instance, where the phone number on a bank's listing was edited, and it resulted in a senior citizen losing his savings. In none of these scenarios do we directly blame Google, but the crowd-sourced nature of Google Maps, coupled with an apparent sluggishness in weeding out duplicate and fraudulent content from the platform, has resulted in businesses getting harassed and people losing money. In the booze-delivery instance, if Google (or its algorithm) noticed users uploading thousands of mostly duplicate images across the country, this could easily have been curtailed or avoided altogether. We reached out to Google for comment and will update the post if and when we hear back.

Google has this to say about con artists taking advantage of Maps business listings:

Spammers and others with negative intent are a problem for consumers, businesses and technology companies that provide local business information. We’re always working on new and better ways to fight these issues and keep our information up to date. We use automated and manual systems to detect for spam and fraud, but we tend not to share details behind our processes so as not to tip off spammers or others with bad intent.

We take allegations of fraud very seriously. When an issue like this one is reported to us, we investigate the claims. Upon completion of the investigation, we take actions in line with our findings.