It's time to bid farewell to Google's audio streaming dongle, the Chromecast Audio. After a significant price drop late last year, its stock has since been depleted in the Google store and at Best Buy and other retail locations, and there are already eBay listings up asking for twice what the device was worth in its heyday.

The Chromecast Audio served as an incredible tool for those who merely wanted to sync their existing audio setups with the rest of their Cast-enabled devices. But it will soon become another relic of the past, leaving both novices and experienced audiophiles alike with fewer options for this kind of turn-key connectivity. Google discontinuing the useful little dongle is also a prescient reminder that its gadget business is all about the Assistant.

Why we loved the Chromecast Audio 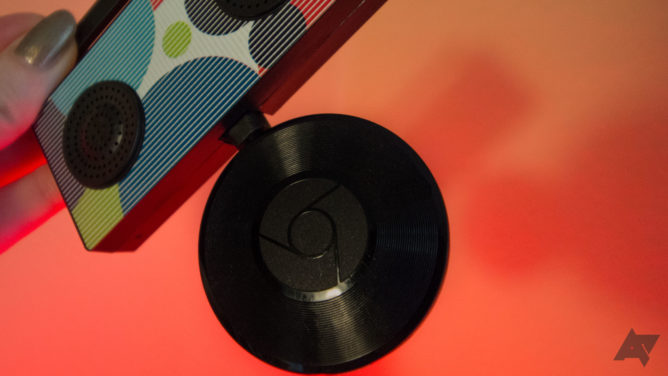 You could plug the Chromecast Audio into anything with a 3.5mm input.

The Chromecast Audio can be easily summed up by the first line in Android Police's initial review of the product. "[It] is a very simple product," wrote David at the time. "That’s probably the best thing about it."

Indeed, its absolute simplicity and ease of use are why there are so many bummed out users mourning its exit from both virtual and physical product shelves. The Chromecast Audio brought connectivity to any audio device with an auxiliary port. Like the regular Chromecast, anyone in the household could access it to play music or podcasts, and it didn't even require you to be in the same room to do so. It became especially useful later on, when Google added multi-room audio capabilities via a firmware update, essentially enabling you to pair it along with other castable media, which later meant it worked alongside the Google Home and other smart speakers in the ecosystem. For many, it became a simple way to add surround sound in the home without having to spend too much or wire up a bunch of speakers.

The Chromecast Audio also offered few limitations on audio quality, since it used Wi-Fi to connect rather than Bluetooth. This allowed more bandwidth to pass through, which made it appealing to audiophiles hoping to give their massive setups a next-gen boost. What's more, the Chromecast Audio was low on the "hackable" scale since it required a security PIN to access.

It was also an affordable way to breathe new life into old audio products, particularly those you wanted to use with the rest of your arsenal of Cast-enabled devices. For instance, my friend, Andy Ihnatko, uses a Chromecast Audio to stream tunes through an iPod Hi-Fi speaker. I personally loved the Chromecast Audio because I could bring it along to an Airbnb or a hotel room to stream music of my own through whatever audio equipment was made available. It was also an effective way to take advantage of disenfranchised Bluetooth speakers that sounded good but were a pain to connect to.

Why it's no longer for this world 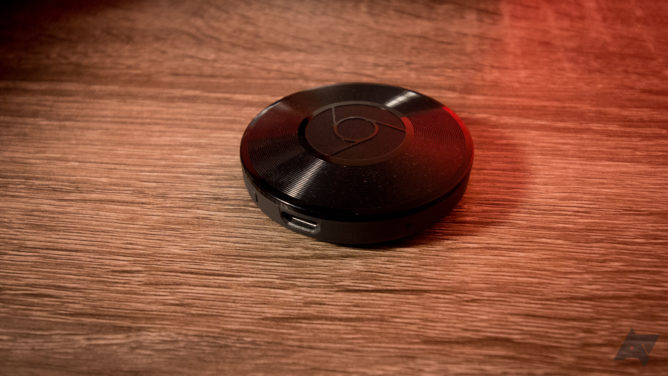 The thing that hurt the Chromecast Audio the most is the thing people loved the most about it: it's relative simplicity.

For all the things it did do, the Chromecast Audio's minimal integration with the Google Assistant is likely why it's going into the hardware vault. Commanding the Assistant has become an integral part of Google's products and business, and it's ostensibly a requirement if you're thinking of setting up your home within its ecosystem. For the company to move forward with its new trajectory, it had to drop any devices that didn't fit the bill.

The Chromecast Audio also hasn't been updated in nearly three years, making it somewhat outdated among the dozens of other Assistant-related products that have since launched. It works fine with the updated Google Home app and still allows you to cast alongside your other casting devices, but it doesn't answer any questions or turn on any connected lights. Ironically, its relative simplicity is why it was ultimately decommissioned. 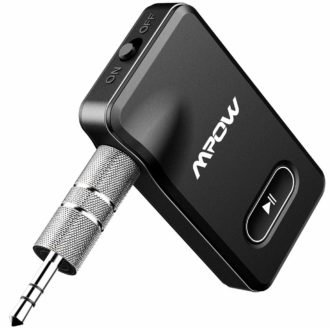 This Bluetooth dongle is just as cheap as a Chromecast Audio, and it doesn't have the Assistant.

This section was fun to research—and when I say "fun," I mean "disheartening." Your options are limited.

Although it would undoubtedly be a fun and engaging weekend project for some, I would not immediately recommend building your multi-room system out of a Raspberry Pi, because it's not particularly easy, especially not when compared to the comparatively plug-and-play Chromecast Audio.

Some publications and forum members have labeled the Sonos Player as a worthy alternative to getting started with multi-room streaming, though it's pricey and still isn’t compatible with the Google Assistant. You could purchase Google Assistant speakers with available AUX ports for the same purpose, but again, it's not cost efficient, nor is it a solution for anyone with an already robust audio setup.

At the very least, there are other options for adding digital connectivity to older hardware. My house is littered with Bluetooth dongles because they turn any set of headphones into a pair of wireless ones, and they do the same for stereo systems. For about $15, you can purchase a tiny device that both takes Bluetooth audio and pipes it out through an auxiliary port. The caveat, however, is that Bluetooth can severely limit the audio quality, and you can't easily pair these dongles within the rest of the Google Assistant ecosystem.

As it stands, there doesn't seem to be an apt, apples-to-apples replacement for the Chromecast Audio, at least not within the Assistant ecosystem. The regular Chromecast is able in some capacity, but that's if you buy something like an HDMI audio extractor, and even then that’s not a guarantee that it will sound any good. Amazon's lineup of smart speakers have auxiliary ports, but that's another assistant to contend with, and getting the two to play nice is a heck of a chore. 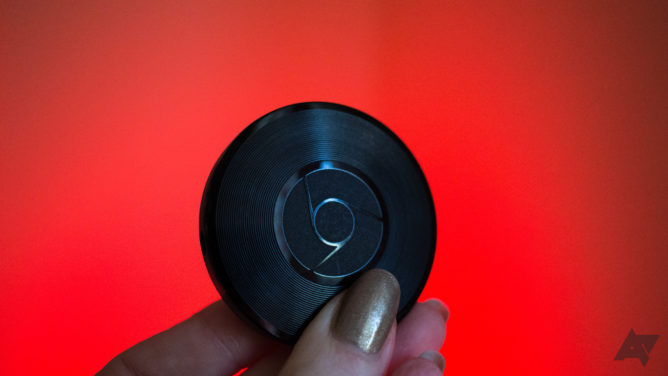 Goodbye to you, Chromecast Audio.

It’s hard to tell what Google will do next. The best option would be for the company to either launch a second-generation Chromecast Audio with the Assistant baked in, or to finally add an auxiliary input to the Home and Home Mini. Both would add the option to bring voice control and Chromecast room connectivity to things like vintage Hi-Fi stereo systems, and they’re both strategies that would fulfill the end goal—getting the Assistant into more places.

Though the Chromecast Audio hardly serves a purpose in Google's vision for the Assistant going forward, the sheer utility of it will be sorely missed. The Chromecast Audio was one the easiest ways to connect the semi-analog devices in your home and bring them into harmony for one seriously cool party trick: playing music in every available space. Hopefully, the departure of this much-loved hockey puck isn’t the last of Google launching gadgets for the novice home tinkerer.

[Bonus Round] RUNA, School Alone, Snow Kids, Nano Golf: Hole in One, Another Eden, and Car ...