Buying a TV ahead of Super Bowl Sunday may not sound like a great idea - after all, aren't retailers well aware that shoppers are on the hunt under a deadline? But it's actually one of the best, probably only second to Black Friday, and oftentimes even better. You see, as manufacturers prepare to launch their new TV lineups, a glut of previous-year models must be sold off as retailers ready themselves for an influx of fresh stock. And in the age of online sales, they're more competitive and hungry than ever to get your business.

We've rounded up the best smart TV deals out there not just with an eye to price, but what you're getting for the money. We'll break them down into a few categories to make it easier, starting with the most obvious.

While 72, 75, and 85" TV sets are out there, your selection in the 4K 65" space is far, far greater, and that tends to mean more competitive pricing. We've got three here to take your pick from, and they all boast broadly similar performance - but there are some key differences that may sway you to one or another. 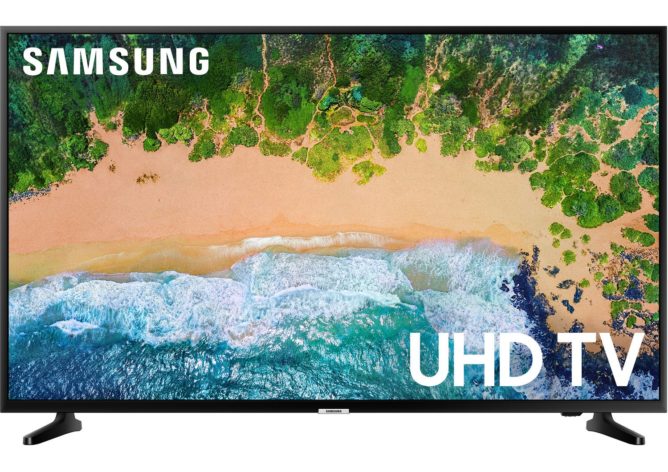 First up is the Samsung NU6900, widely regarded as a perfectly solid choice in the budget 65" TV space right now. What do you need to know about it? First, it only has 2 HDMI ports - which could make it a non-contender right out of the box for some. HDR performance is also middling (no wide color gamut), and this TV has the worst viewing angles of the three we're citing here. That said, it's down to just $650 on Amazon right now, which is an insanely competitive price for a Samsung TV. Reviews also cite a good contrast ratio on this set, with solid straight-on brightness. 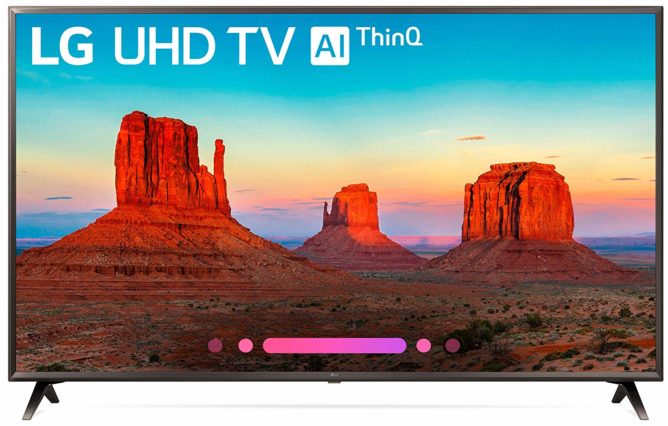 Next, we've got the LG UK6300. Compared to the Samsung, it offers 3 HDMI ports, and the design is definitely chunkier - the LG has more noticeable bezels, and it stands up a little higher on its legs (assuming you aren't wall mounting it). In some ways, it's a worse performer than the Samsung, but it has one key consideration if you're wanting to place it in a large room where it will be watched from no one particular position: viewing angles. This LG set has the best viewing angles of any of the three TVs here, and also the most effective anti-glare coating (and, if it matters: this is the only set here with RCA and component inputs). It's $700 on Amazon. Oh, and it has Google Assistant. 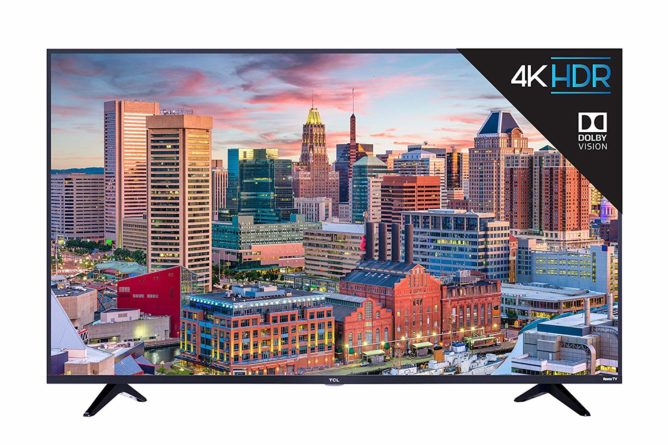 Finally, if the best picture and performance possible on a budget are what you're after, you'll want our third pick, the TCL 5 Series S517. Unlike the Samsung and LG above, the TCL offers a proper wide color gamut for HDR, meaning HDR content isn't just supported, it actually looks a lot better than standard dynamic range content (the LG and Samsung sets above support HDR, but don't actually look any better doing it - they don't have WCG). If you want the best picture at the lowest price and need a 65" TV, this thing is a bargain at $630.

We've got two options for you in the cheapy category, because sometimes all you need is a screen and not much else. These TCL models are both insanely popular on Amazon. 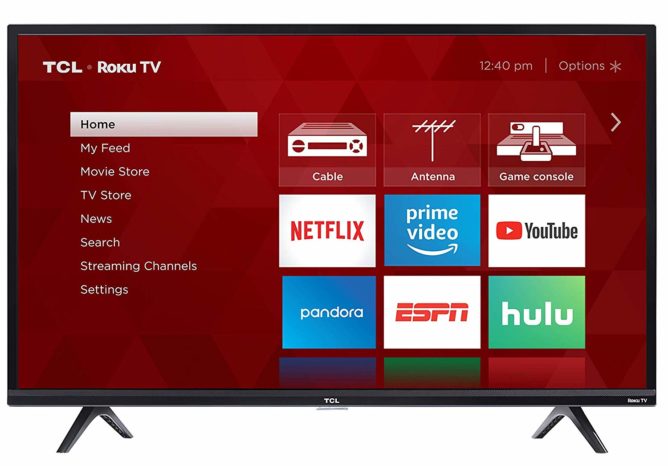 If your only concern is cramming a TV into a limited amount of space - or something cheap enough that you won't feel bad putting it outside - this little TCL 32" is an absolute steal at $150 on Amazon. It has Roku, 3 HDMI inputs, and a TV tuner - it's the entry level of the entry level, but sometimes that's all you need. 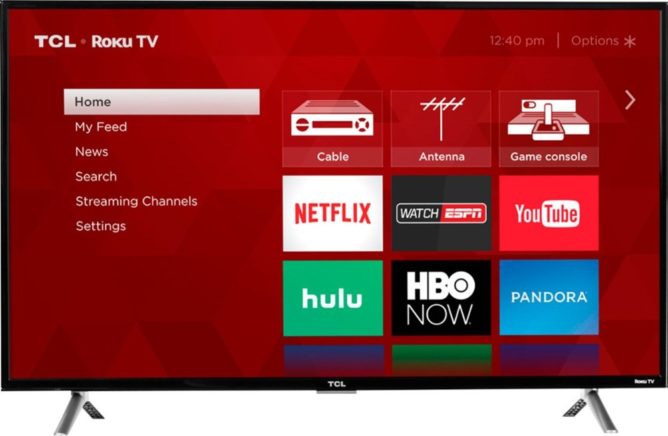 Want to make sure you can at least play back all that 4K content you're hearing about, but aren't really concerned with how it looks, so long as it's big enough? TCL's 4 Series sets are amazing values, and this 49" TV is just $280 on Best Buy right now. You won't find it that cheap anywhere else at the moment, and you can probably pick it up in a local store if you need it today.

If you're less concerned with screen size than you are buying a TV with the latest and greatest features with the very best performance and feature support, 2019 is a great year to be in the market. High-end TVs often used to cost over $2000 - and many still do - but the days of needing to spend that much to get the best picture or performance possible are long gone. Here are three picks that will satisfy your inner picture quality snob without requiring a second mortgage. 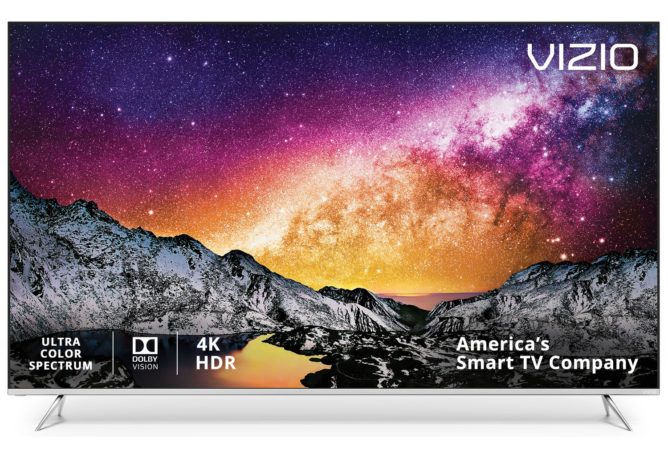 Right now, Vizio's highly-lauded F1 series starts at just $650 - an all-time low - for the 55" model, and sites like Wirecutter and Rtings give it their top buy recommendation - there is no better TV for the money out there. The F1 has local array dimming, 4K resolution, support for HDR10 and Dolby Vision HDR, and offers a staggering five HDMI 2.0 inputs with full passthrough and ARC support. There's even a TV tuner. This thing really is the "everything and then some" TV right now, and if you're not planning to spend more than $1000, just stop here. The 65" version of this same set is just $900 at the moment, too, which is also an insanely good deal. 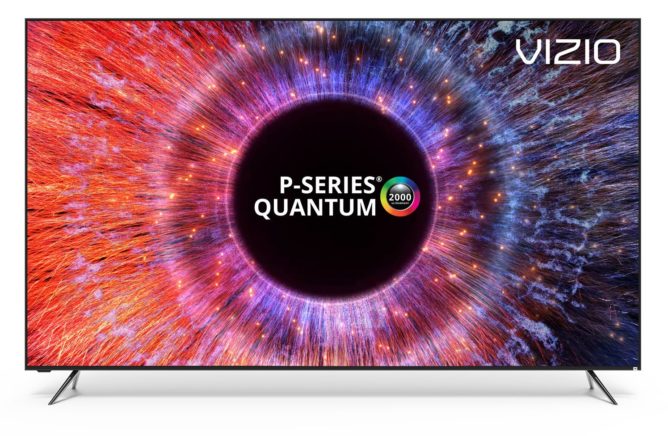 But, if you do want to spend more than $1000? There are two sets you should consider. First is another Vizio, the PQ65-F1. This TV is brand new, and pre-orders have just begun shipping. It won't arrive in time for the Super Bowl, but the wait will be worth it. This Vizio set offers the same high-end QLED "quantum dot" tech of Samsung's far pricier TVs, but you can pick one up for $1500 at Costco. If you're not a Costco member, don't fret: B&H has this TV for $1600 on pre-order, and you may not have to pay taxes depending on your state. Like the standard F1, the PQ has a ton of HDMI ports and support for every feature under the sun, but its amazing black levels and industry-leading HDR performance make this a proper cinemaphile's display. Poorer viewing angles and non-true black levels are its main weaknesses versus LG's much more expensive OLED sets, but it won't burn in and offers much brighter output overall. 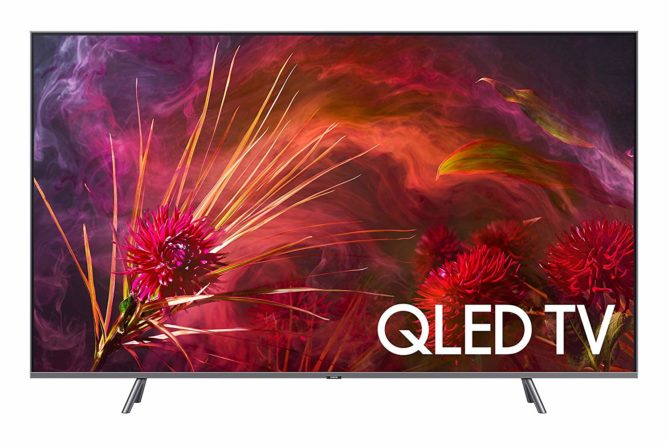 Finally, we've got a wild card here: Samsung's Q8FN, which is down to its lowest price ever at $1500. Why pay the same price for a smaller screen than the Vizio above? The reasoning is, admittedly, oddly-specific: two gaming features. Q8FN offers automatic low latency mode, which switches the TV into a faster response setting to reduce motion blur and other similar issues when gaming. Most TVs require you to set this manually. The second is something called Variable Refresh Rate, which more importantly means that Samsung's Q8 (and newer Q9) TVs support FreeSync adaptive display refresh. This is a seriously good feature for games, as it eliminates screen tearing and can reduce the appearance of input lag, resulting in a noticeably smoother gameplay experience (though it only works on Xbox and select PCs for now). Samsung's TVs are the only ones currently supporting it.

First US Galaxy S9 and S9+ Android 9 Pie updates rolling out to... Xfinity