Are you a millennial who lives in India and wants to buy a mobile phone? Excellent, we've got just the news for you. Samsung has just announced two new smartphones for the Indian market, and the Korean company is unashamedly targeting the Generation Y demographic with its marketing for the new handsets.

The Galaxy M10 and M20 are Samsung's first phones with a notch in the screen (otherwise known as an Infinity-V display), as we learned earlier this month. The waterdrop cutout with a small earpiece above is reminiscent of the OnePlus 6T. Unlike human beings in other age categories, "today’s millennials want a smartphone that is lighting fast, runs longer, and comes loaded with latest innovations," according to Samsung. I'm a millennial and confirm this to be true. 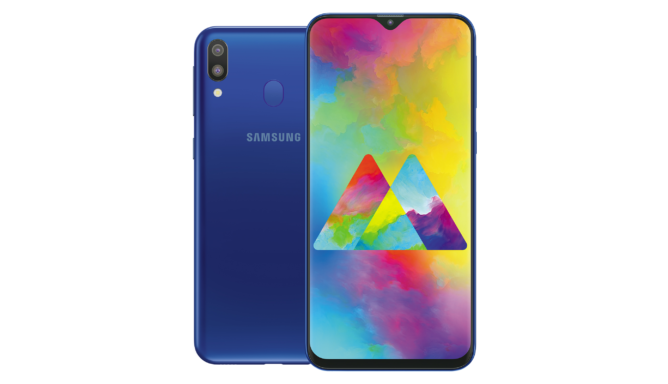 Both devices look practically identical from the front, but the M20 has a 6.3” FHD+ display compared with the slightly smaller 6.2” HD+ panel on the M10. Both models boast Widevine L1 certification. The M20 features a positively huge 5,000mAh battery, USB-C fast charging (15W), a rear fingerprint scanner, and an Exynos 7904 octa-core SoC. The M10 is equipped with an Exynos 7870 octa-core chip, 3,400mAh cell, and face unlocking. The same dual rear camera setup can be found on both devices, comprising a 13MP main sensor with an f/1.9 aperture and 5MP ultra-wide secondary lens. There's also support for Dual SIM VoLTE and expandable storage (up to 512GB) on both.