For just $9, this second-generation Chromecast deal at Walmart is a no-brainer. I like keeping a couple of extra Chromecast dongles around for that relative who wants to stream "the Netflix" from their decade-old TV, and this is a good chance to stock up on them. 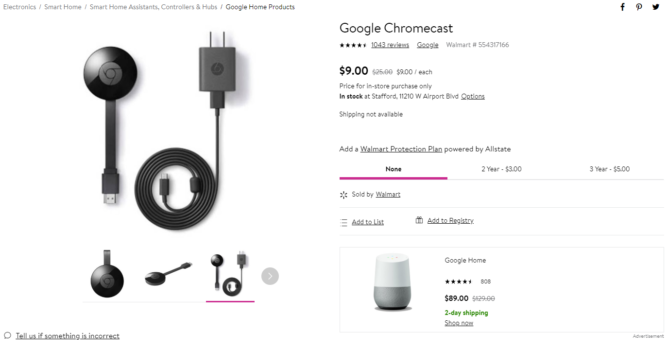 The discounted price of $9 is actually visible on the Walmart website for once.

You won't be able to avail of this deal from the warmth of your home though, as it's offline-only. Use the Brickseek link to check for availability at Walmart stores around you, but don't take the number of units mentioned as an absolute confirmation. These deals tend to sell out fast, and Brickseek quantities are not real-time. Still, you likely have a good chance of picking up some of these, as there seems to be plenty of stock. 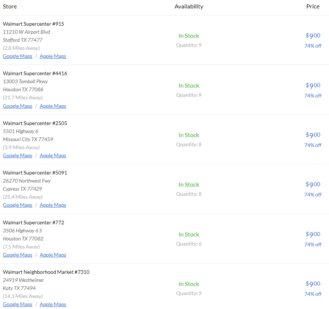 Plenty of units in stock around me.