Something strange is currently going on with the browser version of the Play Store. Many games are showing as incompatible with all devices when they clearly shouldn't be. It doesn't matter if you've purchased an affected game or if you have it installed; this odd bug will still show these titles as incompatible with all devices. There doesn't appear to be any rhyme or reason to it really, but at the very least the Play Store application isn't affected, so you can still install all of your games through the app on any of your devices. 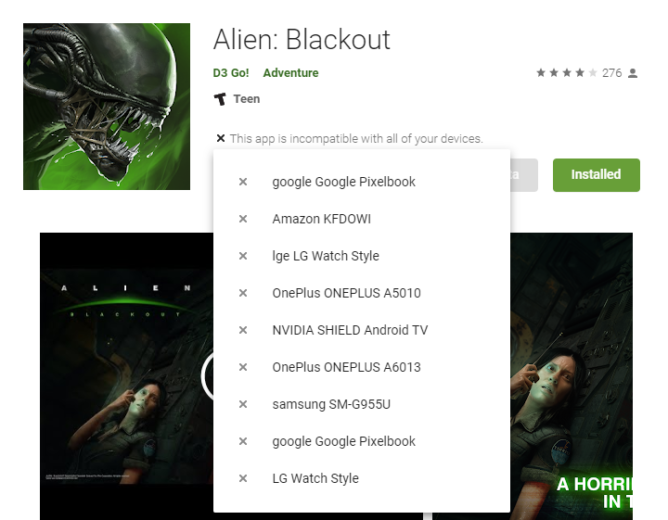 Yep, zero compatible devices for a game I bought yesterday

As you can see in the screenshot above all of my devices are market as incompatible with the recently-released title Alien: Blackout. This is a paid game that I purchased and installed yesterday, and due to this bug, I currently can't install it on any of my devices using the Play Store website. The situation gets even stranger when you notice that some games still show a proper device compatibility list. It would also seem that applications are not affected at all, so this problem appears only to be an issue for a particular subset of games. 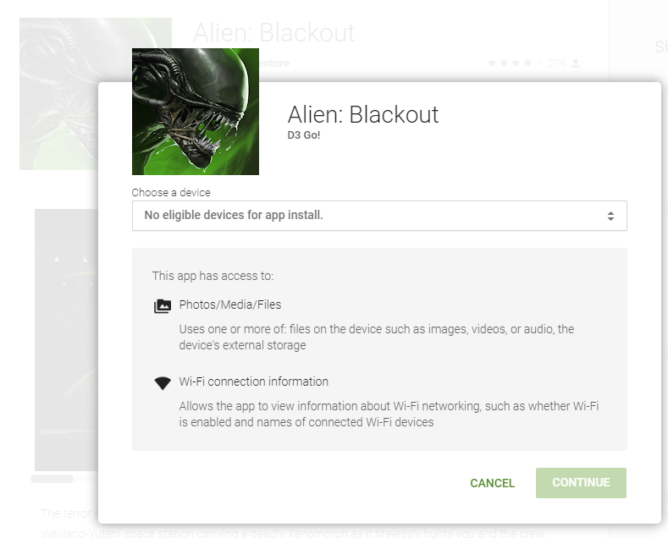 I personally started to notice this problem sometime yesterday afternoon, and apparently I was not the only one as there is currently a Reddit thread over at r/AndroidGaming that points out many games that are suffering from this problem. Titles such as Bendy and the Ink Machine, Teslagrad, and Monster Hunter Stories all incorrectly list every Android device as incompatible when viewing them on the browser version of the Play Store. Even free releases like Asphalt 9 are affected.

Has anyone else noticed this problem? Are the same games showing as incompatible for you? So far we have no idea why this bug suddenly cropped up on the browser version of the Play Store, but we've reached out to Google for a response and will update the article should we hear back.