This won't be the most important thing you'll read all day, but we're getting so many tips about it that we had to write a post. Back in April 2018, Google was spotted testing changes to the Chromecast ambient mode/home screen, and the new UI is now rolling out more widely.

Most people probably won't even notice, but Google Sans replaces Roboto entirely as the typeface used for the clock, weather, and other information. The Chromecast device name is now in the top right and... that's about it.

Spotted some Google Sans (instead of Roboto) and few tweaks on my Chromecast this morning. @AndroidPolice pic.twitter.com/8UiOCapPwW

There are no functional differences, it's just a superficial makeover. It does look nice though, and more in line with what we see on a Pixel lockscreen or the many other products that have adopted Google Sans recently. If you don't remember what the old version looked like, it was something like this: 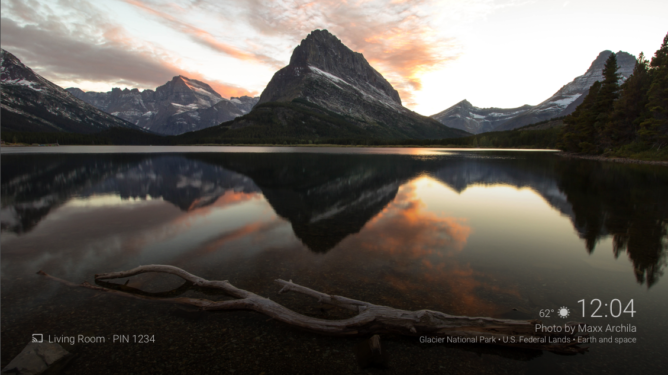 The UI changes come with the latest firmware versions (see below) so if you've not got them yet, you probably just need to update.