Much like Gboard and its Google Search integration, Microsoft-owned SwiftKey added Bing as a search feature in its last big release, which we're sure wasn't a popular addition. Thankfully, a new update is now available that changes Bing search to a small button in the toolbar and allows you to remove it if you don't want it.

As well as not forcing Bing on users quite so blatantly, there are also some smaller improvements and bug fixes. Check out the full changelog below:

At the same time, in a post on the company blog, SwiftKey has announced various performance improvements made to the app over the past 12 months, including faster frame rendering leading to a 50% reduction in perceived lag on older devices. The graphic below details a couple of other enhancements the team is particularly proud of. 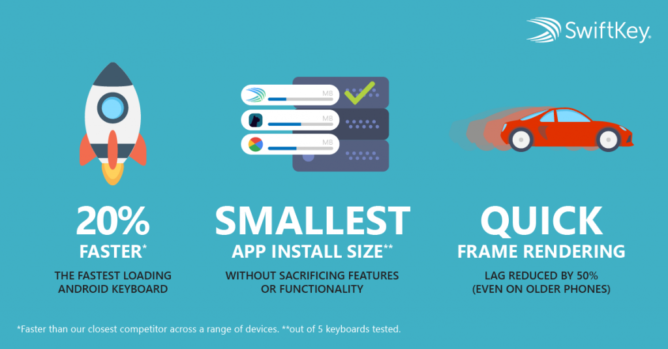 You can download the latest SwiftKey update (version 7.2.1.17) from APK Mirror.