The video comes courtesy of Ukrainian tech blog Andro News, which appears to have uploaded its first video a mere six days ago. While that may not be entirely reassuring, the video nevertheless has good quality footage of what is undoubtedly the Pixel 3 Lite we've seen in previous leaks.

Perhaps the most exciting detail shown in this video is the inclusion of a headphone jack on the device, which, while expected, will no doubt bring joy to the great many who bemoaned the loss of the 3.5mm port with the Pixel 2. 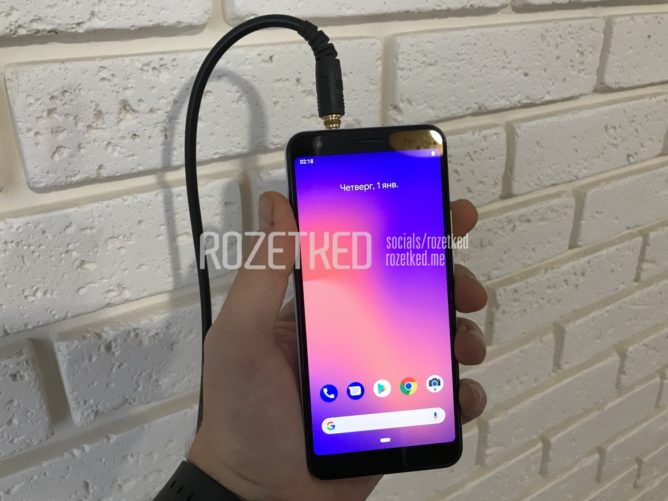 An image of the Pixel 3 Lite from a previous leak.

The reviewer stated that the smartphone takes high-quality shots with its 12.2-megapixel f/1.8 rear camera and 8-megapixel selfie camera, going so far as to call it directly comparable to its higher-end siblings. He also indicated the 2,915mAh provided impressive battery life. The handset, of course, runs Android 9 Pie.

Previous leaks have suggested there will be a larger Pixel 3 XL Lite that has a 6-inch screen, as well, but that was not brought up in the leaker's video. Also not mentioned was any indication of price, which is a key consideration when it comes to any mid-range device. Unfortunately, we may have to wait for that information, since the video tipster believes the Pixel 3 Lite reveal will occur after Google I/O 2019. Given the pace of the leaks we've seen so far, though, there's little doubt more information will emerge in the intervening months.