It seems Google may have pulled the plug on the Chromecast Audio stock a bit prematurely last week, as the Google Store is now accepting orders again for the dongle at its discounted $15 price. Shipments do appear to be a bit delayed, with my own order giving an estimate of January 30th to February 1st, which isn't too bad. 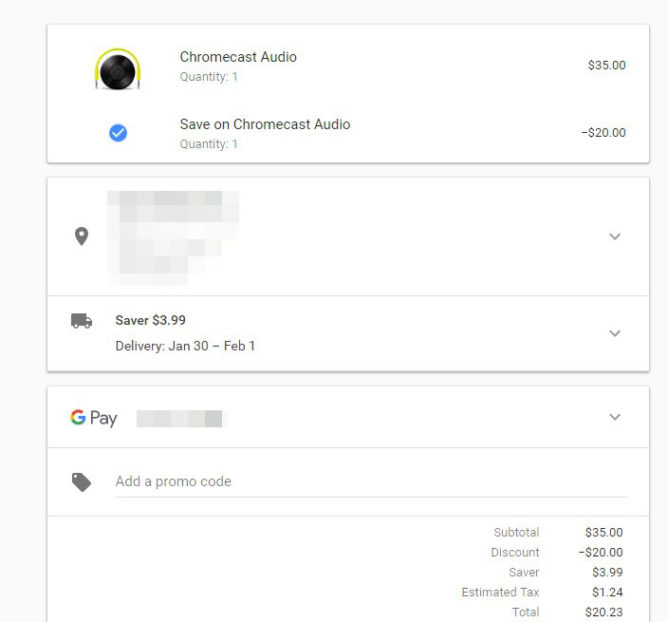 With the Chromecast Audio being officially discontinued, we expect this is the last hurrah of units Google will be sending out, so if you want one, now's the time to pull the trigger. And at $15, why not? It's an easy way to add casting functionality to an older stereo or set of PC speakers you might have laying around, or a Bluetooth speaker that has an auxiliary input. I'm still a little baffled Google's ending production of them at all, but this will probably be your actual final chance to buy a Chromecast Audio.

Well, we knew it wouldn't last long - the Chromecast Audio is out of stock once again and, quite probably, for the last time. RIP, little guy.