For years, we've had to choose between Intel and ARM-based Chromebooks, but a new contender is entering the game. HP announced the first AMD-powered Chromebook at CES this year. Now, you can drop some cash on this first-of-its-kind laptop with shipping next week.

The Chromebook 14 looks like a typical entry-level Chromebook. It's a regular, non-convertible laptop with a pair of USB-C (charging plus data) and USB-A ports. There's also a microSD card slot and a headphone jack. The 14-inch display starts at 1366 x 768, which is a somewhat low resolution for the size. You also get 4GB of RAM and 32GB of storage. 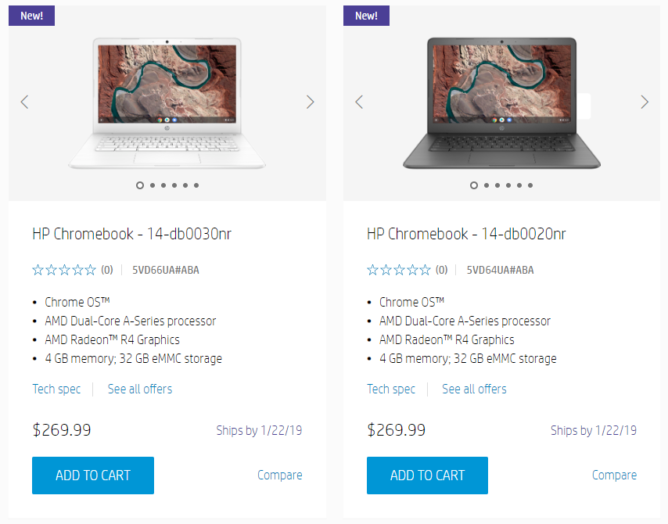 While HP announced several versions of the Chromebook 14, only the $269.99 base model is on sale right now. That laptop includes an AMD A4 CPU and a 768p non-touch LCD. HP says a touch version will launch soon for $299.99. If you want a touchscreen, better to wait on that. There's no word on the 1080p version with the AMD A6. The US is not a launch market for that one, so it could be a long wait.