Following a slew of second-generation Material Design updates for the web over the past month or so (namely Calendar, Classroom, and Google Accounts), Google is bringing its modern design aesthetic to several more G Suite platforms on the web. Material Design is hitting Google Docs, Sheets, Slides, and Sites beginning today, January 15.

These updates won't include any functionality changes, just design tweaks that'll bring these web apps in-line with all the other major Google apps that received Material refreshes so far. The main changes are the use of new, custom-designed typography; a more minimal, white space-heavy look (yes, I know most Google services are already very white, but somehow they're now even more white); and new iconography. 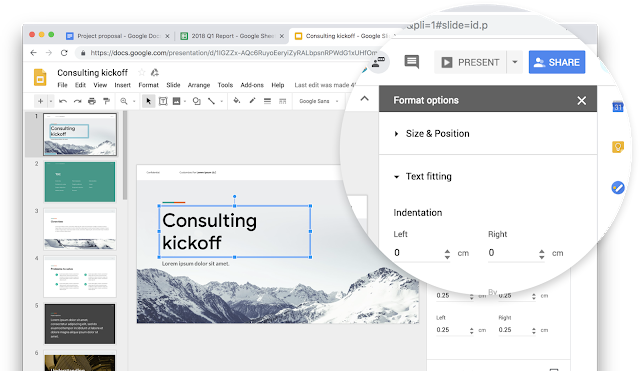 Slides before the update. 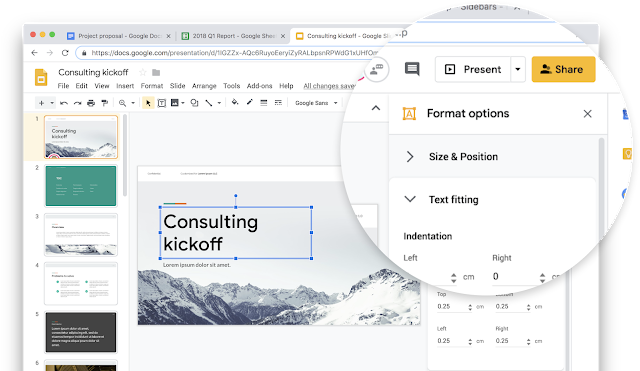 Slides after the update.

Whether or not you like the new changes, this is only the latest in a long string of Material updates, and Google promises more to come within its library of G Suite applications. If you'd really prefer to go another direction with Google's new look, though, you can always try extensions like Stylus, which provide themes and skins so that you can put together the dark mode you've always wanted.

In any case, the new looks should roll out to all users within the next several weeks, so it won't be long before you get to see (and judge) the changes for yourself.