Samsung, like many other manufacturers, has been struggling with profits a bit as the smartphone market continues to stagnate. To remain competitive and appeal to millennials, its latest tactic is to introduce new features to mid-range devices first, before they reach premium handsets - a reversal of common practice in the mobile industry. The company's new Galaxy M series (now being teased on Amazon) is a prime example.

With the Galaxy M series, Samsung hopes to win back customers it lost to Xiaomi (which is currently dominating the Indian market according to research firm Counterpoint) by introducing a brand new look - the teardrop notch - and other high-end features at a reasonable price point. While Samsung has previously introduced devices with a hole-punch camera design, this will be the first notched Samsung device to hit the market. 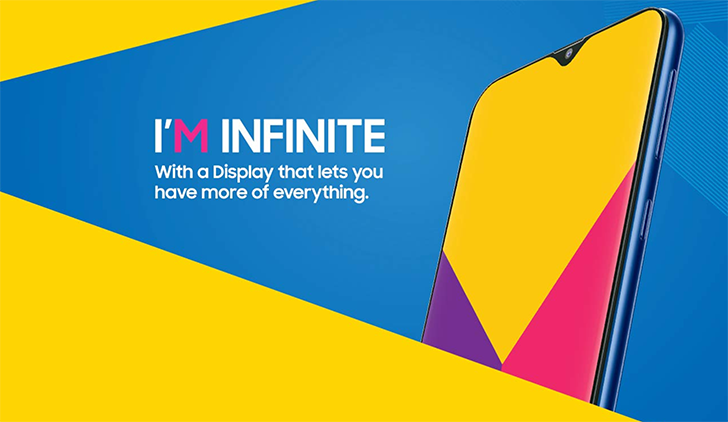 The new series is already being advertised via Amazon's website, with the companies promising a reveal on January 28. What's evident from its current splash page (in addition to the OnePlus 6T-style teardrop notch), is that the device will feature dual rear-facing cameras, an oval rear fingerprint sensor, a USB Type-C port with support for fast charging, a headphone jack, and an "Oh-mAh-God" battery. According to India Today, the series will kick off with two devices: the Galaxy M10 and M20. The latter is expected to house a 5,000mAh battery. What isn't viewable on the splash page is the bottom bezel which shows up in leaks, slightly undermining the sleek aesthetic suggested by the teardrop notch.

Will all this be enough to tempt millennials in India? Only time will tell. Thankfully, we only have to wait until the end of the month to see the full details of these new devices.