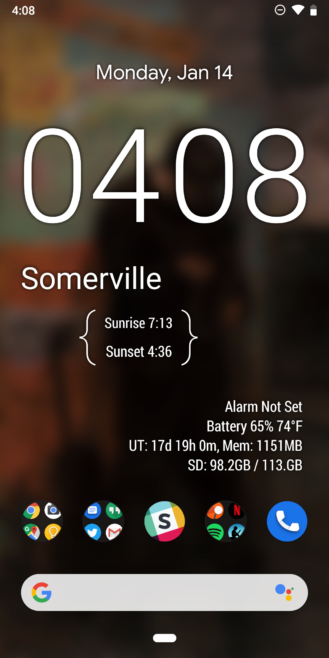 How cold is it outside? The world (and my Pixel 3) may never know.

You may have noticed the change over the weekend as the v9.0.2 beta for the Google app rolled out. I've tested on some of my own devices before/after the update, and in each circumstance, the widget seems to lose weather data shortly after updating to the latest beta release, and it appears most of us at Android Police that are in on the beta seem to be affected.

We aren't sure what, precisely, causes the change, but it is a beta release for a major version change, so instabilities like this are to be expected — and subsequently reported to the developers. Honestly, it's surprising we don't see more issues with the Google app as beta testers. It's been nearly a year since the last major issue with the beta release, though there was a wider problem with all versions of the Google app late last year, and Google Weather was broken for everyone, even outside the widget, last November.

Reports on the Google Product Forum are fairly widespread. Paired with coverage at most Android-related news sites, it's likely the Google app devs are on the case. If the loss of weather functionality in the At A Glance widget bothers you in the meantime, feel free to uninstall the current beta update and roll back to any pre-9.0 version, a fix I can confirm works. Personally, I'm just inclined to ride things out and wait for an update.