What we've determined is a plausible OnePlus 7 leak has just popped up over on Slashleaks. The image compares an unknown device, presumed to be the Oneplus 7, to the current OnePlus 6T. Both appear to be in cases to disguise their identities (not an uncommon practice during testing), but a few key details are visible. This new phone skips the notch and appears to have a sliding design. If it's legit, the OnePlus 7 might finally deliver the all-screen dream to the mainstream.

A full resolution version of the leaked image is just below. 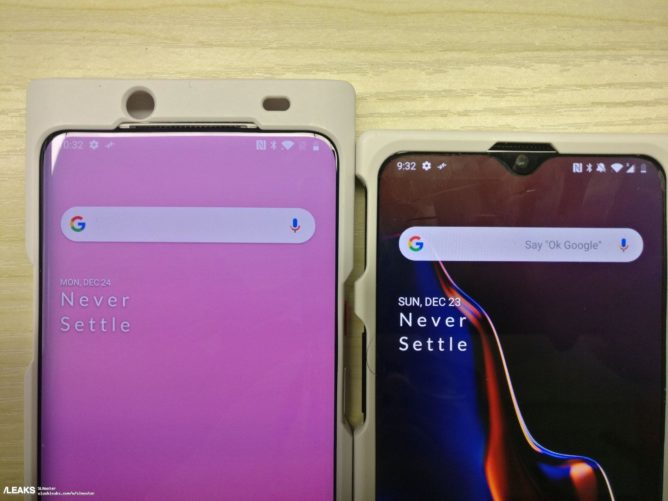 There are a few particulars in this photo that lend confidence to the leak. The earpiece and its grille look entirely new to me, but the size and shape of its holes look nearly identical to the 6T, a logical evolution of the configuration which could have been designed by the same OEM. See for yourself: 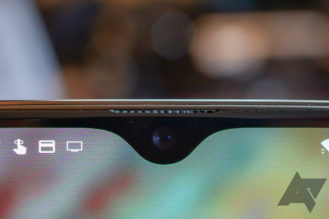 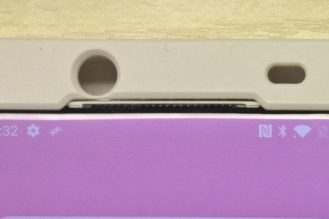 Furthermore, of all the current crop of sliding phones (that I'm familiar with), none have such a wide earpiece. At the absolute minimum, this is a phone we've never seen before.

Also, you can ignore the difference in bezels in these photos. Since the leaked phone is inside a case, it's impossible to make a comparison between it and the 6T, but you can trust they won't be quite so narrow as they look here.

We've also got what appears to be a textured alert slider on the right side above the power button — in about the same location and configuration as on the current 6T — though it's curiously red this time around: 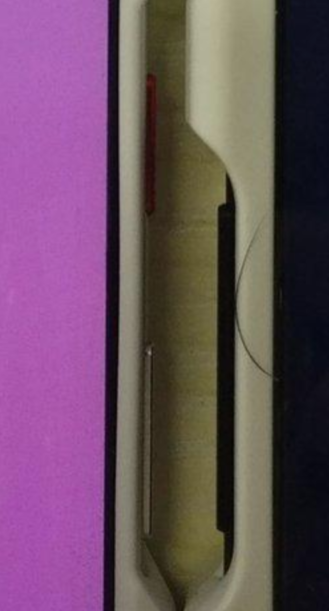 Software is easy to spoof, so that isn't necessarily an indicator, but the leaked device has the same Oxygen OS-style look as the 6T — widget, derpy NFC icon, and all. 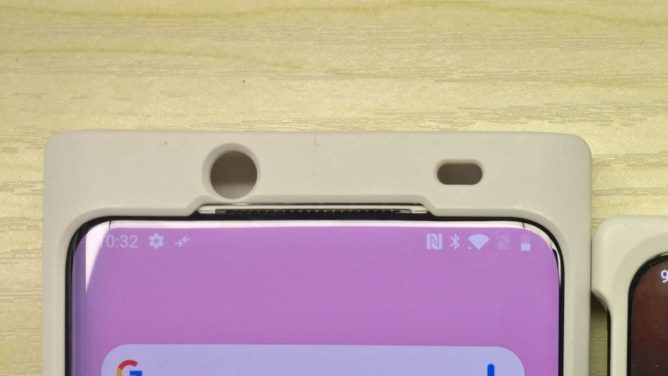 The biggest piece of info to come from the leak is manifests via the case surrounding the phone. We've got a pair of cutouts which appear to be for a camera and a sensor assembly, but nothing on the other side but a void.

The only plausible explanation we can think of for including cutouts to empty space is if it isn't always empty. Mix in OnePlus' sister company's recent interest in sliding mechanisms, and we think it's pretty likely that's what we're looking at here: A sliding mechanism of some kind brings the camera and sensors into position beneath those cutouts. And given the lack of a visible front-facing camera, it has to be somewhere.

Now, we can't guarantee this is the OnePlus 7 we're looking at, but details present in the photo lead us to be confident it's plausible. Most of our readers know we tend to avoid leaks that aren't hit-you-in-the-head obvious, but this is so close to what we'd logically expect that we're reasonably confident in it. But, it's still possible this is a device from another OEM. OnePlus' phones are historically very similar to OPPO devices, so that's another potential explanation — if a less likely one.

Every product with Google Assistant announced at CES 2019

Every product with Amazon Alexa announced at CES 2019