Samsung has been teasing the Galaxy S10 a fair bit over the past few months, including at CES 2019. The company ususally releases new Galaxy S phones around February or March, and sure enough, this year's reveal event is scheduled for February 20th.

"On February 20, Samsung Electronics will unveil new devices that promise to usher in new Galaxy experiences based on 10 years of innovations," the company said in a blog post. "The exciting reveal will take place at the Samsung Galaxy UNPACKED event in San Francisco." Holding the event in San Francisco is an interesting decision, as the last few Unpacked events have been hosted in Barcelona.

When the day comes, you'll be able to watch a live broadcast from Samsung's website. We already know from leaks and renders that at least one version of the phone will have triple rear cameras and a 'punch-hole' front-facing camera.

Flexible displays have been demoed at trade shows for years now, but a fully functional folding smartphone had largely remained elusive. That's finally started changing, not just with some pretty rough-looking models popping up at CES 2019, but also the promise of Samsung's long-awaited folder finally arriving.

The company gave us a peek at the phone last fall, teasing a 2019 launch, and now we get word that the handset will be back for this February Unpacked event.

It doesn't sound like we're quite to the point where we can expect a commercial release, but The Wall Street Journal reports that its sources indicate that Samsung will have "a fully functional foldable-screen handset" to show off at Unpacked. That hopefully means getting a better look both at the hardware itself, as well as the steps the phone's interface is taking to adapt to wildly shifting screen dimensions.

For as sure as The Wall Street Journal sounded about its intel on Samsung's folding-screen phone making an Unpacked appearance, wouldn't it be nice to have — if not outright confirmation — at least a pretty on-the-nose hint directly from Samsung itself? 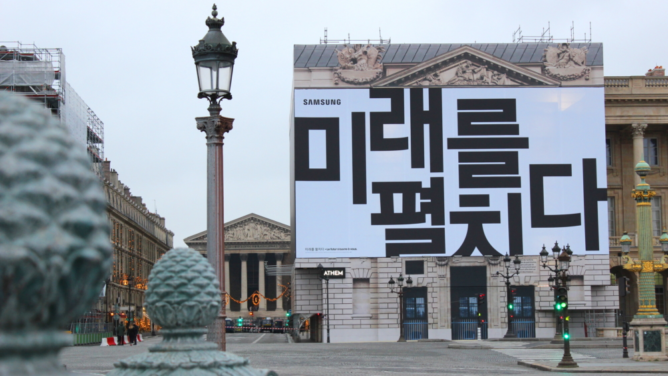 The company recently erected a pair of billboards in Paris, each adorned with Korean text. The one you see above translates to "the future unfolds," while a second reads "February twentieth," the date of the upcoming Unpacked event.

Though Samsung still isn't going so far as to outright confirm plans to feature its folding-screen phone at the presumptive Galaxy S10 launch, there's really no other way we can see anyone interpreting these signs.

King Crusher is a new pixel-based roguelike from Ankama Games

Whoops: Sony blocking Kodi on its Android TVs was an accident