Ankama Games is a consistent developer that offers a solid library of mobile games, and if you're a fan of roguelikes, you're going to want to take a look at the developer's latest release King Crusher. It's a pixel-based RPG that mixes hero collection and puzzle sliding mechanics with an honest monetization system. The result is an enjoyable roguelike that's easy to pick up and difficult to put down.

The core of the gameplay revolves around a simple puzzle-sliding mechanic. Each match plays out on a 3x3 grid, and it will be your job to juggle three heroes at a time as they fight off the many different enemies of the game. Each foe will use an attack that targets specific squares on the grid. This means you'll have to juggle your heroes by constantly micromanaging their positions so that they don't take any damage when enemy attacks take place. There's always an indicator when an enemy attack will happen, but you'll need some very quick fingers to keep up with these attacks as you carry out your own assaults on these enemies.

You're not always going to defeat every enemy you come across, and you'll have to grind the starting adventure levels a fair bit before you earn enough currency to unlock some of the later content, but there's also a few classic levels to play through, along with a daily challenge and a hardcore mode. This is where the roguelike mechanics come in. Death will become a familiar friend, but luckily you retain your heroes and their equipable items when you die, so you're never penalized too much for losing.

As you move from one adventure to the next, you'll have the opportunity to unlock new heroes in the store through a few different levels of incantations (loot boxes). They can be purchased with the earnable in-game currency of gems, but you can also buy these gems in packs through in-app purchases that range in price up to $64.99. So far I've seen little reason to bother with these IAP gem packs unless you want to advance quickly. What's nice about this setup is that the incantations make it clear what their drop rates are, so you're never left guessing how difficult it will be to unlock the best heroes in the game.

There are also a few other items available in the store, such as a starter pack that contains gems, three heroes, and in-game advertisement removal. If that's not to your taste and you only wish to remove the ads, there is a separate purchase available that does just that. 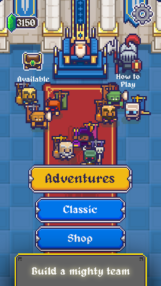 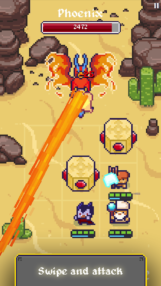 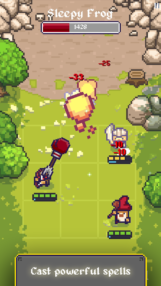 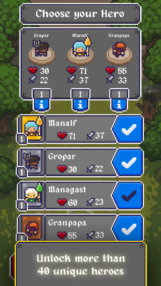 I often see mobile gamers asking if there are any gacha games on the Play Store with fair pricing models, and now I finally have a game I can point to the next time the question is asked. King Crusher offers a solid mix of roguelike elements, hero collecting, and sliding puzzler mechanics, and it's all wrapped up in a fair pricing model that actually displays the drop rates for the game's loot boxes. In my opinion, it's about time someone offered an honest gacha game, so make sure you don't miss out on King Crusher. 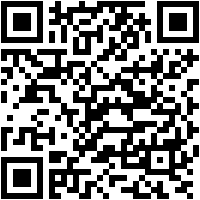