Instagram influencers will tell you, that life is hard. If they maintain several accounts with different scopes and specializations, it's easy to switch between one and the other, but it's not easy to post common photos and videos to more than one. They'd have to do it from scratch for each. However, that might be changing as some users on iOS have started noticing the option to share their post to other accounts they own. 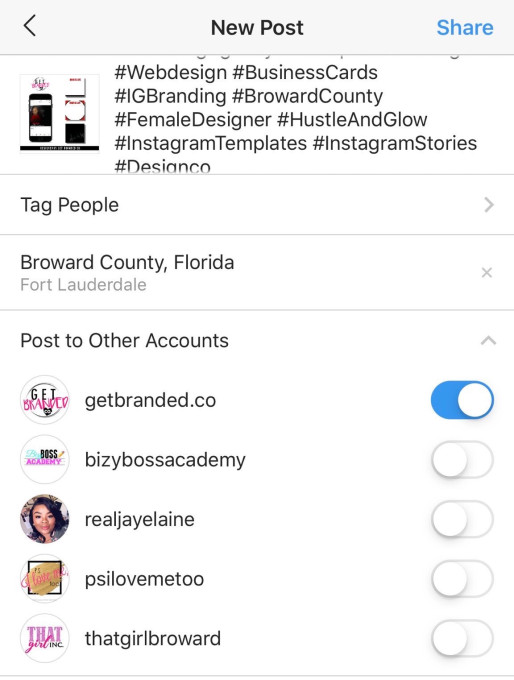 The option is limited to when you're actually publishing the post. Below the description, people, and location, you'll see a new Post to Other Accounts section with a list of other accounts you're signed into. Toggle the ones you want to send the post to and it'll be published there as well as on the account you're currently using. It's as simple as that.

There's still no option to "regram" a post after it's been published or post Stories to multiple accounts, and the feature has only just started showing up on iOS with no word about Android. It should eventually make its way there, but how long that takes is anyone's guess.