It might be time to throw your Ring cameras in the garbage. Amazon purchased Ring in 2017, and the company's smart home security cameras and locks have continued to be incredibly popular. In fact, the Ring Doorbell 2 was one of the best-selling smart home devices on Amazon during the 2018 holiday season. However, reports from The Information and The Intercept claim that Ring gave unfiltered access to all customer video footage to its R&D facility and some employees.

A source told The Intercept that in 2016, Ring provided its research and development team in Ukraine with a folder containing every video recorded by every Ring device worldwide. No filters were reportedly in place, and no encryption. The source said the company's leadership believed that "encryption would make the company less valuable." Each video file was linked to the device's owner, and according to The Information, the employees regularly watched customer recordings to help train Ring's object-detection AI. 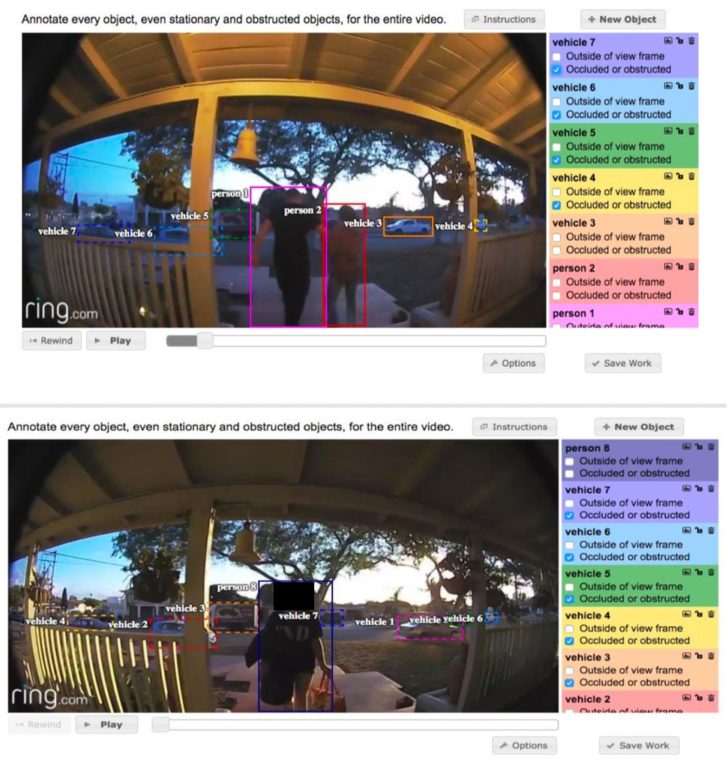 The internal tool used by Ring employees to train algorithms (Source: The Intercept)

Around the same time, executives and engineers in the U.S. were reportedly given access to Ring's technical support video portal, which included live video feeds from some cameras. Again, there were no filters or restrictions on what could be accessed. Reportedly, only a customer's email address was required to watch cameras from that person's home. The Intercept's source said, "if [someone] knew a reporter or competitor’s email address, [they] could view all their cameras." Low-level employees allegedly still had access to user information and videos as early as October 2018.

Ring provided the following statement in response to these reports:

We take the privacy and security of our customers’ personal information extremely seriously. In order to improve our service, we view and annotate certain Ring video recordings. These recordings are sourced exclusively from publicly shared Ring videos from the Neighbors app (in accordance with our terms of service), and from a small fraction of Ring users who have provided their explicit written consent to allow us to access and utilize their videos for such purposes. Ring employees do not have access to livestreams from Ring products.

We have strict policies in place for all our team members. We implement systems to restrict and audit access to information. We hold our team members to a high ethical standard and anyone in violation of our policies faces discipline, including termination and potential legal and criminal penalties. In addition, we have zero tolerance for abuse of our systems and if we find bad actors who have engaged in this behavior, we will take swift action against them.

Sources claim the updated policies were only put in place in May 2018, after Amazon visited Ring's Ukraine office. Allegedly, the engineers in Ukraine continued to "worked around the controls."

Ring reached out to us and stated the company currently does not provide employees with access to live camera feeds, only videos that are publicly shared to the Ring Neighbors app.