Understandably, owners are not pleased, since this stops services such as Google Pay from working on the 6T. Possible solutions such as clearing Play Store data haven't been able to fix the problem, so waiting for T-Mobile to release another update with the bug squashed seems to be all anyone can do, unless Google can do something on its end. 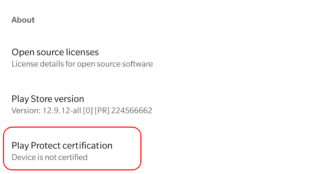 To make matters worse, T-Mobile OnePlus 6Ts reboot and update automatically and without warning, so you won't be able to manually stop the update from happening. Fortunately, not everyone is experiencing the issues, including some of us here at AP, so at least it's not universal. If you're one of the unlucky users to be affected, you just have to hope OnePlus, T-Mobile, and/or Google do something about it pronto.

Thankfully, a solution has been found, and it's as simple as clearing the Google Play storage. We'd seen on Reddit that clearing the app's data had been tried without success, but it seems storage is the answer.

Tim Farley posted the fix and its steps on the OnePlus forum, as follows:

Even if this works for you, it's still not a problem that should have arisen in the first place, so let's hope it's still being looked into.

T-Mobile has sent us a statement promising the issue has been resolved now. See it below:

“The issue with Google Pay and Google Play Protect on OnePlus has been resolved. Customers may need to re-verify their payment information – if so, they will see an automatic prompt in Google Pay. For further assistance, contact our support team here.”