Google Assistant is the belle of the ball at CES 2019, with hardware partnerships popping up left, right, and center. What better time, then, for Google to announce a slew of shiny new features for the increasingly (artificially) intelligent helper? Among the updates comes flight check-ins, hotel booking, a new language interpreter mode, and the extension of Assistant on the lockscreen to all Android phones.

As for how it works, if there's a flight confirmation in your Gmail, Assistant will send a notification to remind you that check-in is available. You can then say "Hey Google, check in to my flight," and Assistant will check in for you. Once you've done that, you can view your boarding pass in Google Pay by saying "Hey Google, show me my boarding pass." For hotel booking, you can instruct Assistant to "book the Cambria Hotel in New York on January 12th," for instance, and it will show you pricing options and availability within Assistant, which you can book using Google Pay credentials. 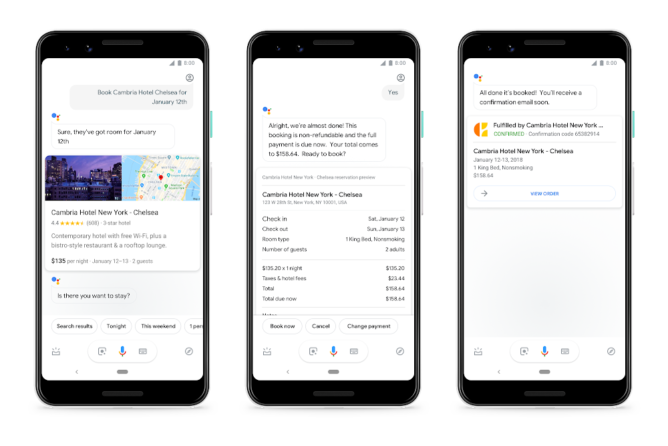 Additionally, and still within the travel theme, Google is rolling out Interpreter Mode over the next few weeks to Google Home and Smart Display devices. Interpreter Mode is supposed to be a digital version of employing a human interpreter, though it's early days yet, so it's sure to be far from seamless. To start the mode, you can say "Hey Google, be my French interpreter," and when your conversation partner speaks in French, the Assistant device will translate in real-time, either in spoken word or via written translation on a Smart Display. 27 languages are currently supported, see the update below for a full list. 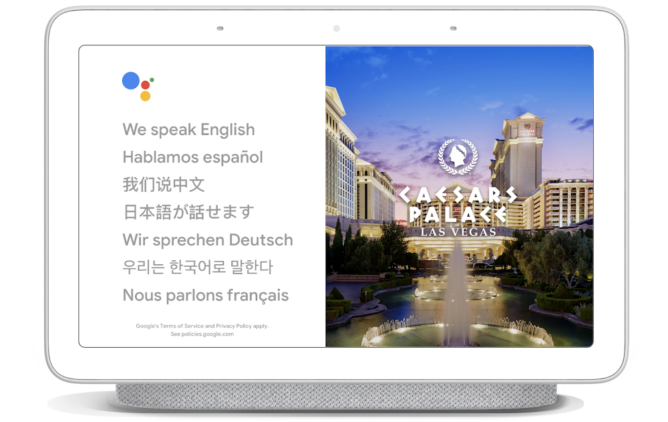 Google also announced that lockscreen Google Assistant functions, which were first announced at Google's hardware event in October for Pixels, are now rolling out to all Android devices. The new opt-in setting lets you interact with certain Assistant functions without unlocking your phone - useful for the moments when you need to be hands-free.

On the ecosystem side of things, Google announced Connect, a platform for device manufacturers to bring Assistant to their products, with a particular focus on providing simple, inexpensive devices, like e-ink displays, with Assistant capabilities by connecting them to more hardy, powerful devices like Smart Displays that will take on the higher-order computing. Google promises more information on the platform later in the year.

While that's quite a bit to chew on, it's not everything. Google also announced new Assistant integration for Maps, and there's an ever-expanding list of hardware partners coming out with Google Assistant-enabled products at CES. Expect a full roundup on that at the end of the week, but until then, find the news here.

Google has provided a full list of languages supported by Interpreter Mode. See below.

Google is working on adding dark mode to Chrome for Android