The Asus Flip 302 has been a very popular Chromebook, but it's no spring chicken anymore. It's time for something new, and Asus is at CES 2019 to oblige. The Chromebook Flip C434 is the successor to the 302, and like that laptop, it has a 360-degree hinge so you can fold it over for tablet or tent usage. The specs are slightly improved with 8th gen Core processors and 8GB of RAM, too. It also looks a bit spiffier, and Asus has kept the price under $600.

The first thing that struck me about the C434 is how much Asus slimmed down the bezels. The display has gone up from 12.5-inches in the last Flip to 14-inches, and the overall device isn't bigger. The bezels are allegedly just 5mm wide, which makes the device look very sleek. I'm used to seeing bezels like this on fairly high-end laptops, but the Flip C434 will be a mid-range computer. The LCD is just 1080p, but it looks good enough in my opinion. The brightness is solid (rated at 300nits) and the viewing angles are generous. 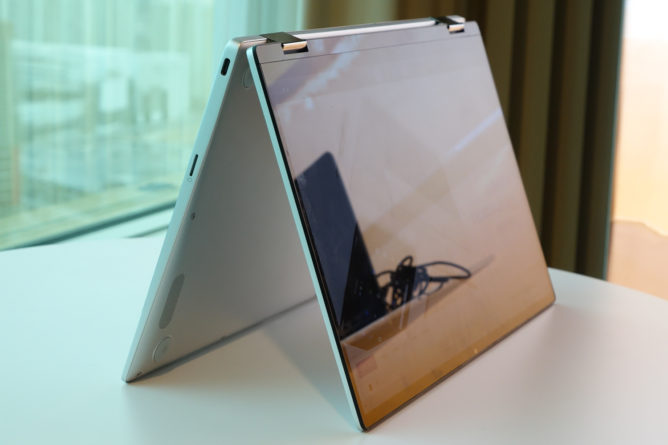 Because this is a convertible, the hinges let you fold the display all the way over. I was a little concerned about the feel of the hinges as they transition past 180-degrees, but Asus says the model I used was pre-production, and the final versions will feel a bit more robust. The C434's metal chassis tapers slightly toward the edges to make the computer look thinner. So, there's a small gap between the display and bottom housing when you rotate it over into tablet mode. It doesn't have the same clean lines as the Pixelbook, which is completely flat. 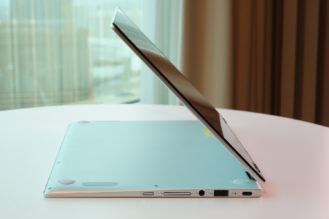 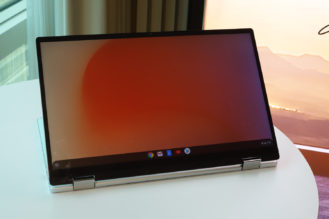 The I/O situation is looking even better than the last Flip. There are still two USB Type-C ports, one on each side. You can charge the laptop via either one, plus there's an older USB-A port on the new Flip. USB-C is the future, but there are still a ton of devices that use USB-A. This will probably save you from dealing with as many dongles. It keeps the microSD card slot for expandable storage, but the C434 packs 128GB of storage all on its own.

Again, the device I used was pre-production, so the keyboard might not match the final device. It was still above average for a Chromebook in this price range. The keys have more travel than I would have expected (1.4mm), which goes a long way toward making it easier to touch type. Tactility could be better, but the C434 avoids the mushiness that makes so many Chromebooks unpleasant on which to type. Just in general, the silver-colored keyboard looks much nicer than the one used on the old Flip. 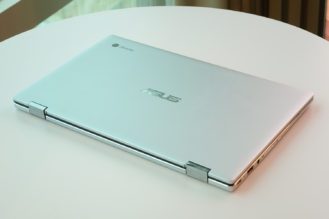 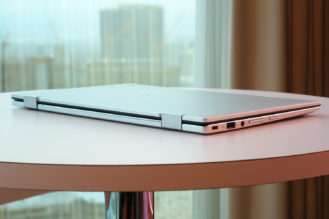 Asus expects the launch the Chromebook Flip C434 starting around $569. Asus says there might just be one SKU in the US at first, most likely the Core i5. Core M3 and Core i7 versions will also be out there.

Google Assistant is coming to the Sonos One and Beam, with older models to follow