As the proliferation of AI-enabled headphones continues, Harman's JBL is adding to its collection with three headsets from the newly-announced Live series, beginning at $100. The Samsung-owned audio subsidiary also revealed several other new mid-range products at CES 2019, including a $30 portable speaker for kids that comes in colors including "Spider Red" and "Froggy Green," and the JBL Flip 5 portable speaker, which features a 4,800mAh rechargeable battery and starts at $100. Finally, Harman is showcasing an app called Personi-Fi that aims to bring personalized audio settings to any streaming device.

The JBL Live series headphones come in five different aluminum finish models, ranging from the Live 100, a $40 in-ear option, to the Live 650BTNC, a $200 around-ear pair. Beginning at the $100 level with the on-ear Live 400BT, the brand offers a feature wherein users can tap the left earcup to activate Google Assistant or Amazon Alexa in order to do things like search for songs, ask for directions, or queue a calendar reminder. JBL has informed Android Police that the Google Assistant integration also provides spoken notifications via the headset. In addition to AI, the Live 400BT and $150 around-ear Live 500BT feature JBL's Ambient Aware and TalkThru settings, which allow users to quickly lower the volume and let in more background noise. Those features are also available on the premium 650BTNC, along with active noise cancellation. 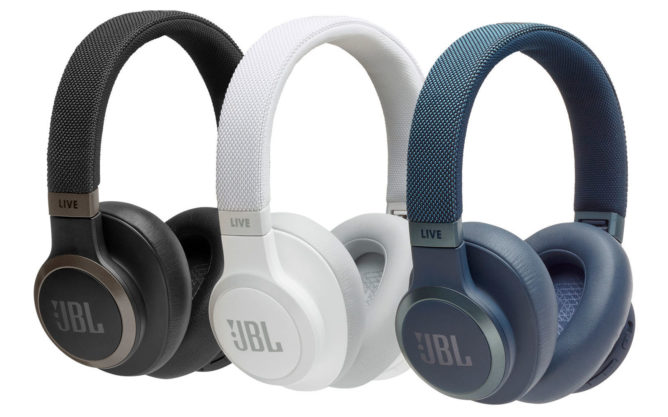 Moving on to the important stuff, the JBL JR POP is the brand's first (and hopefully last) portable Bluetooth speaker for kids. It is IPX7 water resistant, features five-hour battery life, and has a snap for attaching to backpacks. If all that wasn't enough, the JR POP also has a multi-color lighting mode and sticker sets for customization. Whether it's the blaring noise or lights, at least you can be sure you'll never lose your child with this thing strapped to them. 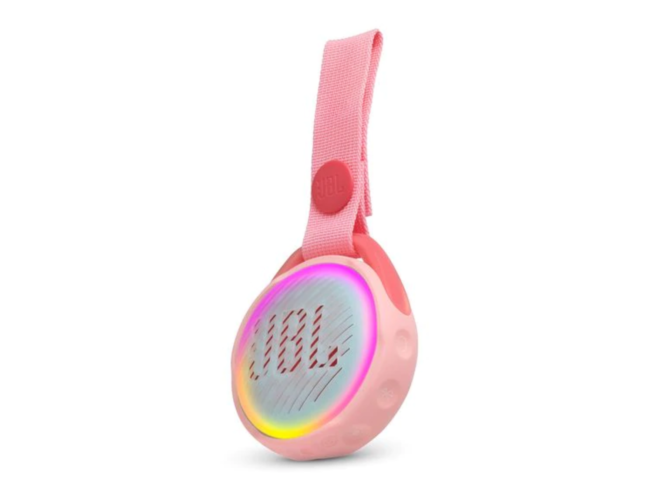 The adult version of this, JBL's Flip Bluetooth speaker series, is also gaining a new addition. The Flip 5 offers 12 hours of playtime with a 4,800mAh rechargeable battery (via USB-C), is also IPX7 rated, and has a rubber housing for extra durability. Colors include Mustard Yellow, Forest Green, Fiesta Red, and Squad (a camo option). 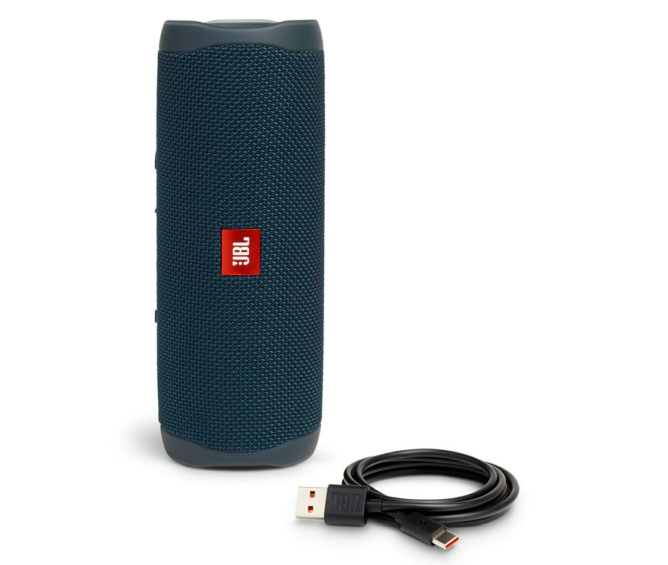 As for Harman's Personi-Fi concept, it's an interesting, if vaguely described idea. Users input personal sound preferences for their associated streaming devices and services into the Personi-Fi app, which it stores in the cloud. Personi-Fi then acts as a bridge to the device, processing the audio in the cloud along the way. Because all the processing takes place in the cloud, Harman says Personi-Fi will work with any brand or type of Bluetooth endpoint. Meanwhile, on Wi-Fi smart devices and connected cars, preferences are downloaded directly to the end device (and all processing is done on-device). Intriguing as the concept might be, the proof, as they say, is in the pudding, so we'll have to wait to see if it really is noteworthy or just one of many 'big ideas' debuted at CES that fade out of the public consciousness in remarkably quick fashion.

There's no set launch date for Personi-Fi, but the JBL Live headphones and Flip 5 will launch in spring 2019 at select retailers. Meanwhile, the JBL JR POP is already available online.

JBL has confirmed spoken notifications are available on the Google Assistant-integrated Live headphones.

The FTC antitrust suit against Qualcomm hinges on Huawei