GE's got a hot new product coming this spring. The Kitchen Hub is a 27-inch touchscreen that runs Android and lives above your stove. This isn't an Android Things-powered smart display like KitchenAid's; the Kitchen Hub runs full Android, apps and all.

The company teased a very similar design at CES last year, but the product was delayed. The revised version sports a front-facing camera for video calls, and one pointed at the stove for taking pictures of your food while it's cooking, if that's your thing.

If you're going to have a screen in your kitchen, jamming it into your stove's vent hood makes some sense. It's eye-level, which is good for video calling and watching Netflix, and it doesn't take up counter space. It's also kind of a dangerous space for electronics, though — it gets hot, and steam and grease don't generally play well with tech. 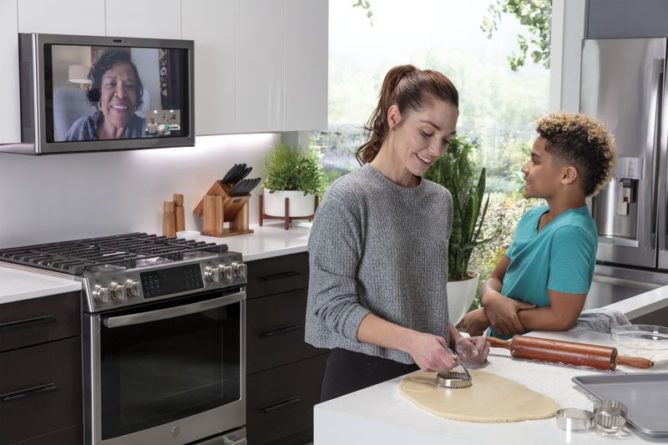 And then there's the price. The Kitchen Hub costs between $1,199 and $1,399, which is a lot to ask for an Android device, regardless of specs (which we don't know anything about yet). You're not likely to replace a stove hood unless you're remodeling your kitchen — especially if you dropped $1,400 on it — and this thing almost definitely won't stay sufficiently snappy for many years of use. Still, if you're in a position where you can spend thousands on neat stuff, this definitely qualifies. Units are expected to be available this May.

Sprint plans to offer a Samsung 5G phone by this summer