Essential's January update to the PH-1 was a bit delayed compared to the company's usual standards. Instead of the typical near-simultaneous release, we had to wait just over an hour for the Essential Phone to get this months' patches. For fans of the house of Rubin, that's nearly an eternity. 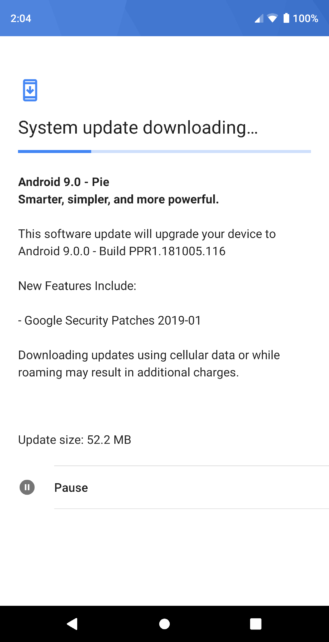 Essential's monthly patches, as always, have the same non-Pixel-specific security fixes that Google's phones get. This month includes 27 of them, though only some will apply to the Essential Phone, and none stood out as particularly interesting this month — though obviously, they're still important.

Essential doesn't seem to have piled on any of its own specific changes this month either. The only way we can tell when they do is via the included changelog, but January's is bare save the security patches.

If you were concerned that the discontinuation of the Essential Phone could have a negative impact on the update release schedule, such fears appear to be unfounded — though who knows? That hour-long delay could possibly accumulate to a full day of lag next year. That could eventually mean a twenty-four-hour wait before PH-1 owners can rub it in Samsung and LG fanboy faces.