CES officially kicks off next week, but if there's anything we know about LG, it's that the company will trickle down 90% of its announcements before the show even begins. We've already seen its three new Google Assistant-powered soundbars and now we're learning about six new TV series for its 2019 line-up, all of which will also have the Google Assistant built in.

Beside Assistant integration, the TVs will have Amazon Alexa (which will be accessible from a Prime Video button on the remote) and will be powered by LG's Alpha 9 Gen 2 chip and its buzzwords'y ThinQ AI. What this really means is that the picture and sound quality will be better than ever and adapt to the source and the TV's environment, the voice interface will be more conversational, and the visual dashboard more intuitive for controlling smart home devices. 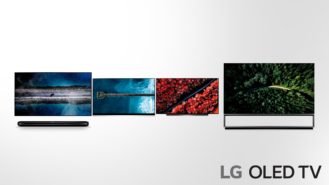 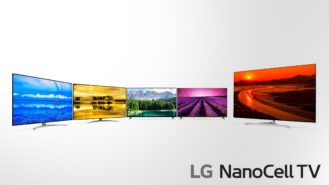 Perhaps the most jaw-dropping of these will be the 88-inch 8K Z9 and the 75-inch 8K SM99, LG's first 8K TVs. Though 8K content remains sparse (even 4K is barely ubiquitous still), the two models should upscale lower-resolution content and hopefully provide an experience worthy of whatever bank account-emptying price they retail for. For the rest of us, I'm sure LG will make some rather affordable 50-60-inch models with 4K in one of these series.