Last year, Variety reported that AT&T was working on an Android TV-powered device for so-called "over-the-top" streaming of its DirecTV service, based on the contents of an FCC filing. Based on the contents of a recent AT&T earnings call (transcribed by Seeking Alpha), development has advanced to the point of internal beta testing, with trials expected "in the first half of next year." 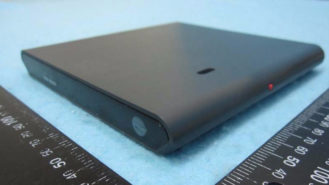 The DirecTV Android TV set-top remote (left) and unit (right), according to the FCC filing.

According to that FCC filing, the device goes by the non-descriptive model number C71KW-400, and it will presumably allow DirecTV subscribers access to stereotypically satellite-based television service via DirecTV Now, without the inconvenience of an actual satellite dish. That's a huge benefit to potential subscribers, especially those that may not otherwise be able to install the required equipment, though rising ISP data costs could be an impediment.

Apart from those basic details — that this set-top device exists, that it runs Android TV, and that it's being tested for wider trials next year — we don't really know much else. We'll all just have to collectively wait and see what either future leaks or AT&T's announcements reveal.

It looks like AT&T has gotten the ball rolling on testing its DirecTV streaming box with users slightly ahead of schedule, at least based on the H1 2019 timetable we heard about before. Instead, at least some subscribers interested in helping with the beta saw their hardware arrive beginning last month. 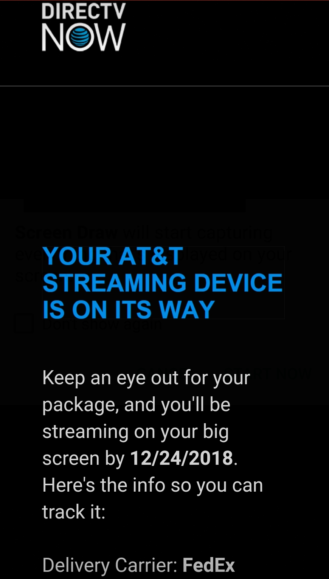 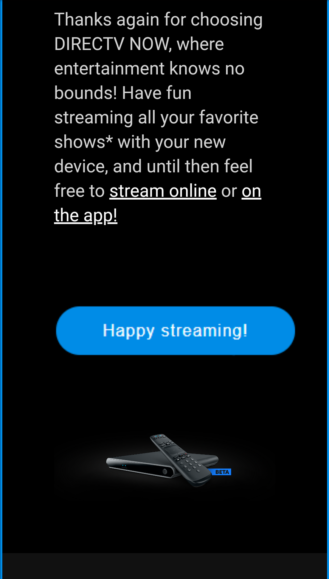 While it's nice to know that this project seems to have some good momentum to it, we're even more interested in getting some first-hand accounts of the experience these boxes offer, as well as a closer look at the hardware itself. With any luck, we'll be circling back soon to bring you just that.

Another user who got their hands on AT&T's DTV box last month has shared some pics with Zatz Not Funny!, giving us a much better picture of the hardware, including the bundled remote. We wouldn't be surprised to see some branding tweaks before the final release, but this should largely be what users can hope to get. The software offers expected Android TV functionality, with support for the Google Assistant and third-party apps.

Our tipster has come forward with a bunch of additional shots of the AT&T DirecTV box in action. We also get a little hands-on feedback of the unit, with praise arriving for the smooth setup process, the excellent voice interactions, and the over build quality. The only real negative we've heard concerns the texture of the remote's touchpad interface, but that may be a matter of personal preference.

Asus announces the Chromebook Education series with two traditional laptops, a convertible, and ...