If you're heavily invested into Amazon's Alexa-based ecosystem, odds are you eschew a Chromecast in favor of a Fire TV device. So if you'be been looking into picking up one of the more advanced Fire TV Cubes, you're in luck. Woot is slinging them today for a mere $60, which is half-off the original $120 price tag.

Based on Woot's listing, the version being sold isn't the latest model, so it skips out on the redesigned Alexa Voice Remote, but it should otherwise be the same. Note: it still has an Alexa remote, just not the new one with volume controls. 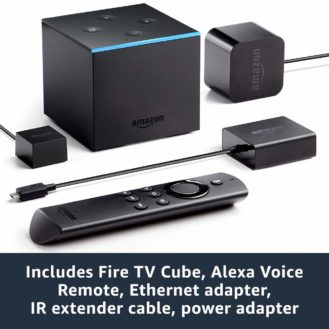 In case you're unfamiliar, the Fire TV Cube is basically a Fire TV stick, plus a handful of microphones for better Alexa integration. It also supports 4K playback, if your TV can use the extra pixels.

Woot isn't selling refurbished or used models, either. These are brand-spankin'-new Fire TV Cubes for 50% off the last price they sold at on Amazon. The only thing you skip out on is the 2nd gen remote, and you have to buy it via Amazon subsidiary Woot, rather than Amazon directly.

AT&T's first 5G speed tests are here, and they're not great

Google Express picks up over 150 new store partners in December