Everyone is trying to make true wireless earbuds these days, but most of these products aren't very good. The technology has gotten cheap enough that any white label OEM can throw together a true wireless setup that does the bare minimum. Unless you simply refuse to have wires under any circumstances, these cheap options aren't worth the tradeoffs like sync issues, poor sound quality, and A/V lag. At the high-end, there are true wireless systems that can almost match a nice set of regular Bluetooth earbuds, but there's a lot of variation. The RHA TrueConnect earbuds look like an able competitor, but the USB Type-C port can't make up for the missing features and so-so sound quality.

The RHA TrueConnect has an AirPod vibe, but only in the most general way. The shape of the "ear" portion is completely different—larger and more drum-shaped. However, you do get the stem portions that extend downward from your ear. There are no fins or hooks to keep the True Connect in your ears, but they're light enough that you shouldn't have any problem. I've used them at the gym several times, and they never came loose. The surface is matte plastic, which feels nice but does show smudges and skin oil very well. 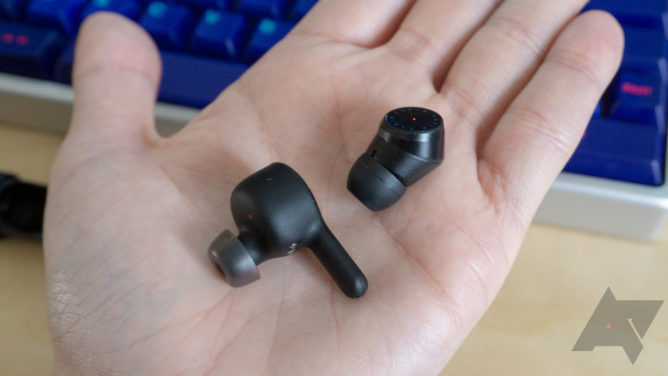 TrueConnect next to the Earin M2

There's a large button on the outer surface of each earbud. They're easy to press, but the tactile feedback is too soft. I sometimes can't tell if I've successfully pressed the button, which is a problem because they fail to register every now and then. RHA has done a good job with the controls scheme, though. Play/pause is the most common control for earbuds, but some manufacturers hide that behind a long-press or only include it on one earbud. With the TrueConnect, you can press either button once to play or pause. The right earbud button does volume control with double and triple-presses, and the left button is the same for skipping forward and back. You can also access Assistant with a long press of either button. On a call, both buttons can control volume with double and triple-taps, and you can answer or reject with single and double-taps. 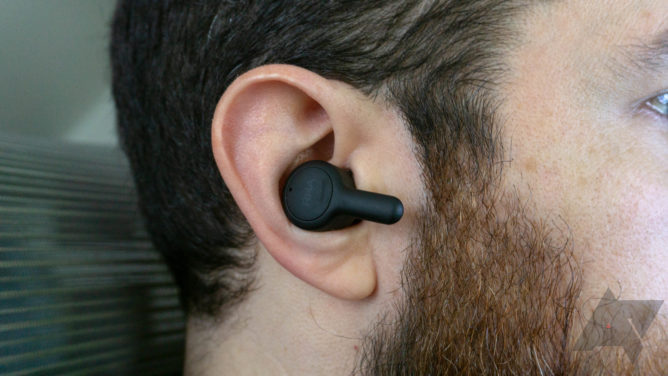 The charging case is one of the best parts of the TrueConnect package. It has an aluminum frame with a rotating plastic core. The plastic has a soft touch coating, so it does get oily from your fingers. You rotate the plastic section to open the case, revealing the earbud slots. There's a red dot on one that matches up with a dot on the earbud itself. That helps you key in on which one goes in which slot at a glance. My only qualm here is that getting the earbuds out can be a bit annoying as there's a lot of friction where the stems slot in. There's a Type-C port around back for charging the case, which is much appreciated. Too many accessories still ship with microUSB. The case is slightly on the bulky side, but it's slim enough to slide into a pocket. 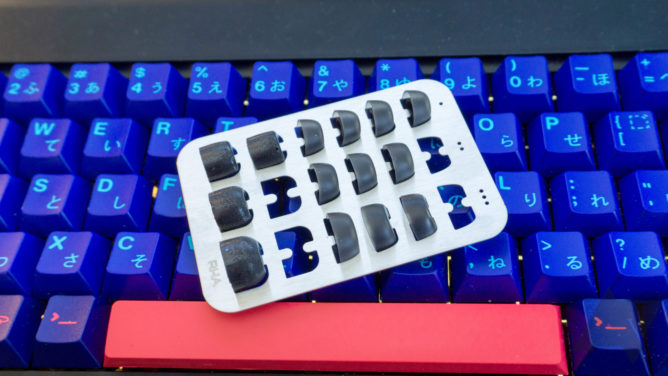 The TrueConnect comes with the case, a USB-C cable, the earbuds themselves, and a selection of tips in numerous sizes. You even get your choice of silicone or Comply foam tips. You should be able to find something that feels right.

RHA has a good reputation for sound quality, so my expectations were high going into this review. While I'm not unhappy with the TrueConnect, the audio quality isn't everything I had hoped. The bass is good, not great. Even cheap earbuds have passable bass as long as you get a good seal with the tips. So, this isn't too surprising. The treble seems slightly weak, but the mids are nice and strong. In general, the sound is a bit on the flat side—the sound isn't as accurate or rich as nicer earbuds. The Bluetooth connection quality is acceptable, but not impressive. The earbuds connect and sync up properly nine times out of ten, but that tenth time can be rough.

I suspect part of the problem here is the lack of AptX support, which really should be included at this price. Instead, you only get the lesser SBC codec. Knowing that, I was worried about audio lag, which is still a weakness of many true wireless systems. Even without AptX, RHA managed to keep the latency low enough that I can watch video with the TrueConnect. There is a touch of lag, but it's small enough that I only notice when I specifically watch for it. For phone calls, the TrueConnect performs admirably. There's a mic on the stem that extends downward, making it easier to pick up what you're saying. People on the other end of calls had no trouble hearing what I had to say. 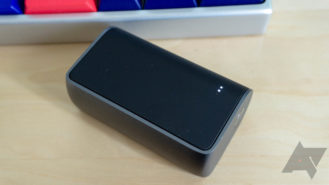 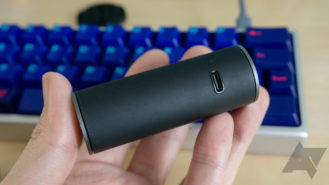 The earbuds themselves claim five hours of playback with 20 more in the case. I found the battery life to be somewhat below that. I'd say about four hours is more accurate, but you should get around four more charges in the case. The earbuds also charge quickly, hitting 50% in just 15 minutes. You'll have to rely on your phone's system UI to tell you the battery level because there's no official app. That also makes firmware updates unlikely.

Probably not. My primary interest in the TrueConnect was that you can charge them via USB Type-C. So many Bluetooth devices are still shipping with microUSB, and I haven't had a microUSB phone in years. On that count, at least, the TrueConnect lives up to expectations. They charge quickly, and the battery life is average. I also like the design of the charging case, and the earbuds are comfortable to wear.

Sound quality is arguably the most important aspect of Bluetooth earbuds, and the TrueConnect do okay here. There's nothing bad about the audio you get from these earbuds, but things sound a bit flat—they lack the richness you get with more premium audio devices. There's no AptX, which may be part of the problem. Still, RHA managed to keep audio lag from being too noticeable. I'm not sure what to make of the connectivity issues. Sometimes one of the buds just refuses to connect, and others times they both connect but remain out of sync. It doesn't happen often enough to be a deal-breaker all by itself, though. 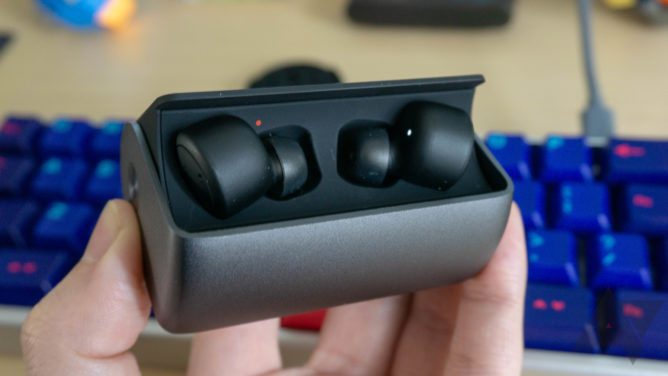 If the RHA TrueConnect cost under $100, they would be an easy win. At $170? Not so much. It's tough to justify spending that much on something with good-not-great sound quality, no AptX, intermittent connectivity issues. I'm not sure RHA can fix any of these issues since there's no app to load new firmware. I'd probably pass on these unless you absolutely need Type-C charging.

You want true wireless earbuds that charge over Type-C and don't mind if other features are lacking.

AdGuard officially releases its own DNS service, and it works with Android Pie