This is by far Huawei's best performance and a manifestation of its skyrocketing success. From 3 million units in 2010 to 200 million in 2018, the numbers don't lie. In its announcement, Huawei took a moment to highlight its big performers: it shipped 65 million devices from the Nova series, 16 million from the P20 series, and 5 million from the Mate 20 series (in about two months since its announcement). The Honor 10 and V10 were also lauded, though no specific numbers were given. 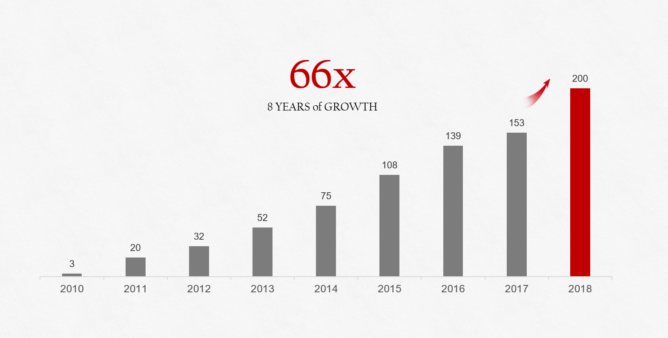 Now ranked second worldwide, it seems like nothing can stop Huawei anymore, but I think that's far from true. Even putting the political war aside, I've been covering this industry long enough to know that no one stays at the top for too long. From Nokia to Samsung to Huawei, the tides have risen and fallen many a time and they'll continue to do so. I applaud Huawei for making it to the big leagues in such a short time, but staying there will require more than some dual-tone colored glass — regardless of how gorgeous that green color is.